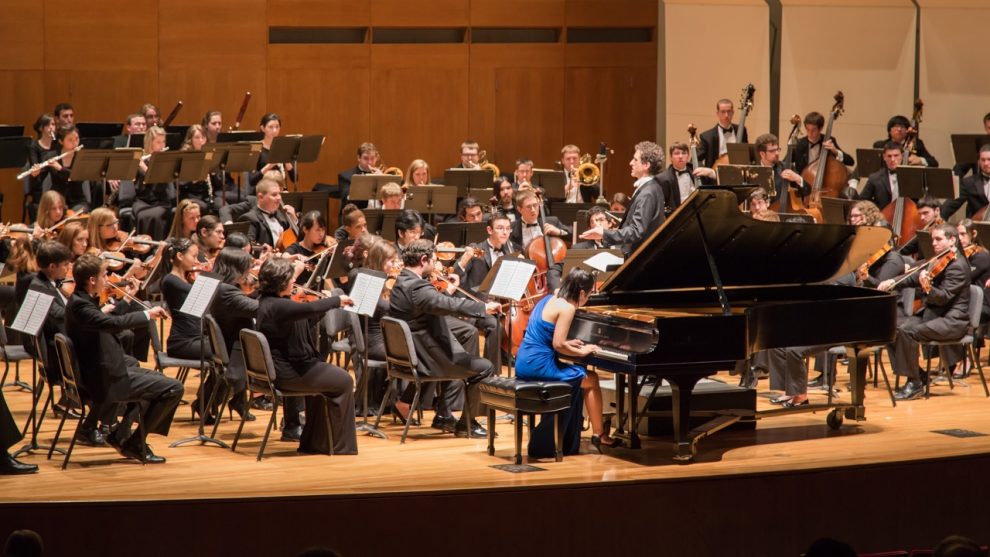 The ninth Fredonia Choral Festival at the State University of New York at Fredonia will feature three Fredonia School of Music choirs and Stacey V. Gibbs, a prolific and highly sought after composer and arranger, who will serve as the festival’s clinician and guest conductor.

Tickets to the concert are $6 for general admission, free to Fredonia students with ID, and are available at the Fredonia Ticket Office in the Williams Center, and by calling (716) 673-3501.

Mr. Gibbs will also direct each choir – as well as the combined choirs – in a performance of his music. The world premiere of Gibbs’ arrangement of “Lil David Play on Your Harp” will be sung by the all-female Camerata.

“I am thrilled that we are able to bring Stacey Gibbs to our campus for this residency,” said Dr. Huff. “With his arrangements, he has breathed new life into these old tunes, while never straying too far from the originals.”

Gibbs is also known as a dynamic conductor, Huff noted, “so I know our audience will love watching him lead the Fredonia choirs.”

During the two-day residency, Gibbs will work with the auditioned choirs on his arrangements of African American spirituals.

The concert is supported by the Carnahan Jackson Humanities Fund of the Fredonia College Foundation, with the student chapter of the American Choral Directors Association as co-sponsor.

PEDRO CAPÓ & FARRUKO’S “CALMA (REMIX)” Surpasses 500 Million Views And Is Once Again YouTube’s #1 Song & Music Video In The World This Week
CHARLIE BEST, SOMETHING FROM THE BASEMENT AT SUGAR CITY ART GALLERY