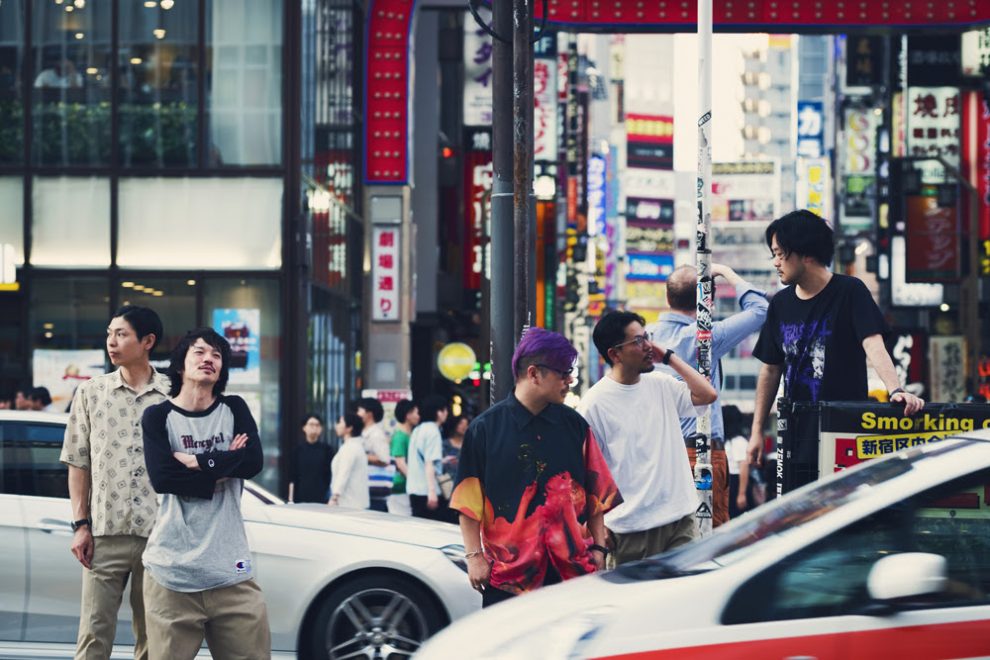 “One of this decade’s most extreme offerings, a record of sheer intensity and chaotic progressions.” – PopMatters

Ahead of the release of new album Boy Meets Girl (out Feb. 15th), extreme music innovators ENDON have shared new single “Love Amnesia”. Sampled church bells set the churning pace and ominous tone of the track from the start, erupting into grinding guitars and the unsettling rumble of vocalist Taichi Nagura’s impossibly deep roar. Despite it’s distorted textures, “Love Amnesia” stands as one of Boy Meets Girl’s more spacious moments, with noisemakers Taro Aiko and Etsuo Nagura stacking on or stripping back layers of visceral electronics to build and release pressure throughout.

On Boy Meets Girl, ENDON relish in the unexpected and shift with relentless force from pounding sludge to off-kilter hardcore to synth-driven dance to utter oblivion. Recorded by Atsuo of Boris, the record takes an abstract approach to the subject of love and looks beyond the well tread romantic aspects in favour of an altogether more disorienting take. Disparate influences such as horrorcore, Dick Dale, Joe Meek and the Dead Kennedys converge and erupt forth over the course of single songs, showcasing ENDON’s singular faculty to produce music that is as tortured as it is transcendent.

Following the release of Boy Meets Girl, ENDON will play with Converge and Neurosis in their native Tokyo, before embarking on a European tour in March with now-labelmates SUMAC.