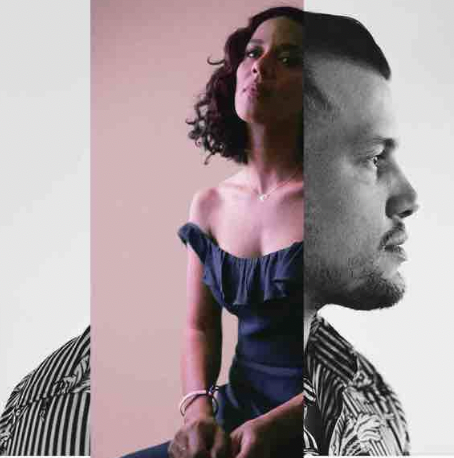 Critically acclaimed Los Angeles band JOHNNYSWIM—led by husband-and-wife Abner Ramirez and Amanda Sudano—premiere video for new single, “BRIDGES” via Atwood Magazine today. Their third full-length album, MOONLIGHT [Britannia Row Recordings/BMG], will be out on April 19. This marks the group’s first release under their newly minted deal with Britannia Row Recordings and BMG. In support of the album, JOHNNYSWIM will embark on a North American tour beginning March 3 in St. Louis, MO.
Throughout 2018, JOHNNYSWIM carefully crafted what would become the new album alongside GRAMMY®Award-winning producer and songwriter Malay [Frank Ocean, Sam Smith], working out of both his Brooklyn apartment and his recently opened Britannia Row Recordings studio in Hollywood. Together, they expanded the band’s musical palette, while honing its signature songwriting. Invariably inspired by the final product, Malay went on to sign them to Britannia Row Recordings as well.
“BRIDGES,” the first single,is driven by a robust guitar riff and propulsive percussion where Amanda and Abner congregate on an uplifting harmony that’s as fresh as it is fiery. Elsewhere on the 12-track collection, warm acoustic plucking and a thick groove underscore the chant of “Say What You Will,” while “Amanda” serves as a tender letter from husband to wife. Meanwhile, legendary crooner Michael McDonald lends his immortal wail to downright anthemic “The Last Time.”
They shine like never before in the new year on MOONLIGHT.
JOHNNYSWIM—Abner Ramirez and Amanda Sudano—translate the memories, moments, and milestones on their journey as a married couple into spirited, slick, and soulful anthems steeped in singer-songwriter tradition, yet amplified by alternative experimentation, rock energy, and pop ambition. Building a fanbase through constant touring, 2013’s Heart Beats EP spawned “Don’t Let It Get You Down,” which clocked 17 million-plus Spotify streams. Their first full-length, Diamonds, arrived in 2014 as its single “Home” famously became the theme to HGTV hit Fixer Upper. The 2016 follow-up Georgica Pondyielded another fan favorite “First Try” as the duo sold out dates around the world. Along the way, they garnered acclaim from Rolling Stone, NPR, The New York Times, Huffington Post, Nylon, Du Jour, and VH1in addition to performing on The Today Show,CONAN, and more. Produced by GRAMMY®Award-winning powerhouse Malay [Frank Ocean, Sam Smith], the group’s 2019 third full-length, Moonlight[Britannia Row Recordings/BMG], shines a