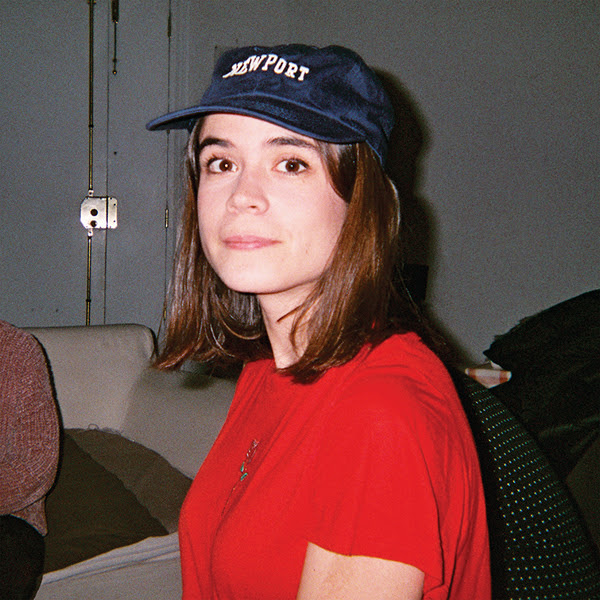 Yawners are the Madrid-based power pop duo of Elena Nieto and Martin Muñoz. Founded by Nieto in her home town of Salamanca and persisting through a move to Germany before finding its current form with Muñoz in Madrid, Yawners have established themselves at the forefront of the blossoming Spanish guitar pop scene.
Following a series of early singles that have earned critical praise and comparisons to acts like Swearin’, Husker Du, and Blink-182 in their home country, Yawners are preparing to release their debut LP, Just Calm Down, which they are announcing today with the premiere of“Please, Please, Please” via FLOOD Magazine. Composed of 10 effortlessly engaging pop songs, the album introduces a promising voice in Nieto, who weaves ‘90s college rock and skate punk influences into collection of nostalgia-inducing, lovelorn tracks that showcase a mix of stunning compositional dexterity and enchanting melodies.
Despite their stripped down line up, Nieto’s deft and inventive guitar parts are layered with her and Munoz’ harmonized vocals to produce a huge sound reminiscent of the early Ric Ocasek-produced Weezer albums, production that is perfectly suited for the immediacy of the material. Nieto, who is a translator and speaks Spanish, German, and English fluently, has a refreshingly direct songwriting approach imbued with playfulness and humor — as on the affectionate kiss off to a stoner ex-boyfriend on buoyant early album stand out “Seaweed” — but with the range to find moments of emotional resonance that would not be out of place beside the band’s emo heroes like The Get Up Kids, American Football, and Tigers Jaw.
Lead single “Please, Please, Please” provides an example of the latter. Utilizing overlapping vocal melodies and a powerful performance from Nieto to elevate the song’s soaring chorus to great effect, it captures a feeling of mingled hope and longing in the face of tragedy. The track is a suitably impressive introduction to a band with a bright future, who appear poised to be the latest Spanish export to garner a global audience in 2019.
In support of Just Calm Down, Yawners will playing in the U.S. for the first time, appearing at this year’s SXSW, with further dates in Europe to follow later in the year. Details can be found below.
Just Calm Down will be released via La Castanya on March 22nd.