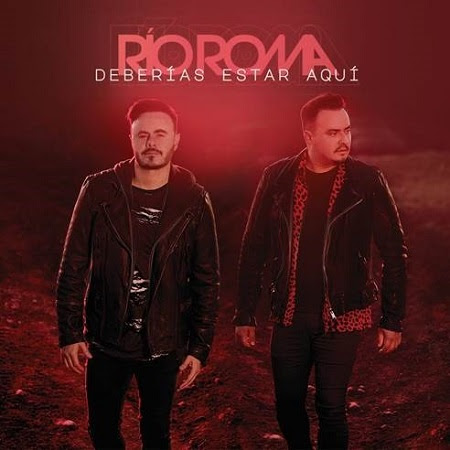 The young Mexican duo comprising brothers Raúl and José Luis Roma, whose songs are already classics in the Latin pop songbook, are back with  their new single and video “Deberías Estar Aquí” (You Should Be Here With Me). It’s the first release of the year by this duo which has plenty of new material in store for us during 2019.
With their previous album, Eres la Persona Correcta en el Momento Equivocado (You’re The Right Person at the Wrong Time), Rio Roma received Platinum+Gold certification in Mexico and toured Mexico, the U.S. and Latin America. The duo has also written hits for such greats as Camila, Alejandro Fernández, Ha*Ash, Alejandra Guzmán, Pandora, Luis Fonsi, Thalía and Yuridia.
Kicking off Río Roma’s new album cycle, “Deberías Estar Aquí” is sure to become another romantic anthem, with more singles to follow in the coming months.
José Luis Roma discussed the universal sentiment behind this single:
“Deberías Estar Aquí”  was written because I think that a lot of us can relate to the idea of not being with the person who we consider the love of our life. It could be our fault, or theirs, or due to circumstances, or because fate intervened. It’s simple, it’s tough, but it’s real. We’ve all had long nights where we miss the person who left an impact on us. Setting aside reasons and explanations, there is only one sincere conclusion: because of what we were together, what you were, and what I was for you, you should be here.”