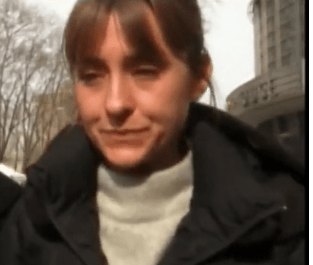 Or is Allison Mack crying for her wicked troll of a boyfriend, Keith Raniere?

Keith Raniere, a man so evil that a whole website (thefrankreport) is devoted to his crimes.
Cry me a river, Allison.  You don’t remind me of Joan of Arc.
You remind me of Eva Braun in a Berlin bunker crying over the pending fate of her boy friend Adolf.

The Curcio Hearings – Last Chance For Defendants To Protect Themselves
Bangkok: Is Salinas involved in funding the Vanguard Defense?
Comment