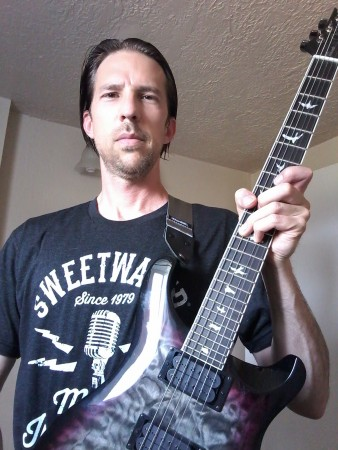 Originally written and produced under his given name, Stephen Prins, Elias Thunder’s piano solos are now available for the enjoyment of students, teachers, and fans of the piano. He looks forward to arranging the rich melodic content of his piano solos into intimate pieces for small ensembles, and eventually ambitious symphonic compositions. Public support for “Etherea” will pave the way for his upcoming compositions to be heard and published.

The piano solo EP, “Etherea,” can be enjoyed by patrons and students of Classical music, as well as aspiring modern composers. Prins is currently composing solos and small ensemble pieces for cello, viola, violin, woodwinds, harp, and pitched percussion. His piano EP, “Etherea,” is available on iTunes, Spotify, Amazon MP3, and other outlets. He is eager to speak with interested publishers about distributing sheet music of his compositions for fans of Classical-style music

Elias Thunder’s compositions, usually written to be performed rubato as much of the Romantic era music, have been described by listeners as “beautiful,” “moody,” “amazing,” “relaxing,” and even “cool.”

Concerned about the rising generation he says, “I’ve met too many students of Classical music who are convinced they can’t compose…I believe many of them can…I really want to hear what’s inside of them.”

While Prins’s more recent compositions reveal some Native American and Middle Eastern influence, he credits Chopin and Rachmaninov as major influences on his early piano compositions.

Elias Thunder is passionate about Classical and Romantic music. He believes more people, including youth, would enjoy Classical music if they felt comfortable with its complexity and included in its culture. He needs support for his piano solo EP, “Etherea,” so he can continue composing, notating, and recording music for Classical instrumentation.