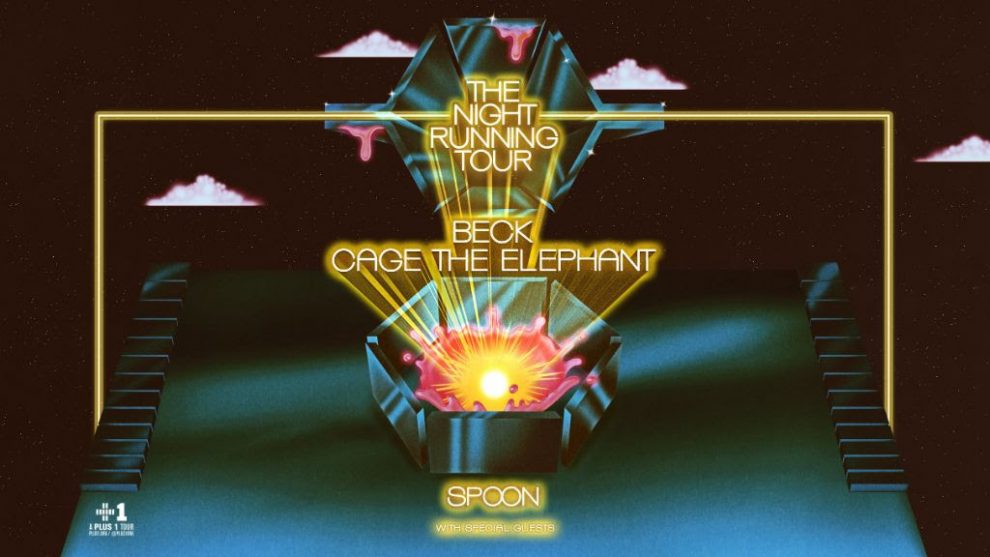 Seven time GRAMMY winner (including 2014 Album of the Year for Morning Phase) Beck has confirmed a return to the road in the form of a co-headlining tour with Cage The Elephant—with support from Spoon—beginning July 11th at Sunlight Supply Amphitheater in Ridgefield, WA.

On this tour, Beck and Cage The Elephant are joining forces to give back. Together they’ve partnered up with PLUS1 and $1 from every ticket sold will be donated back into each city they are playing in, supporting local food security initiatives as they work towards ending hunger in their communities.

Having already WOWed listeners twice in 2019—first with “Tarantula” from Music Inspired by the Film ROMA, and more recently with “Super Cool” from The Lego Movie 2: The Second Part—Beck is excited to once again take it to the stage. While his 2017 album Colors (Capitol Records) has enjoyed some of the most positive reviews of Beck’s peerless career, as well as two GRAMMY awards (Best Alternative Music Album and Best Engineered Album, Non-Classical), live performance has always been Where It’s At (sorry) for modern music’s consummate chameleon—as reviews from his Colors headline tour will attest:

“… left everybody who witnessed it enthralled… Beck, being an entertainer, understands the profundity in getting a crowded room full of people dancing and smiling.”—WASHINGTON POST

“an undeniably fun record…sounded more impressive played by Beck’s unassailable live band… we could use all the slaying we can get from a band as good as the one he’s assembled.”—VARIETY

“Like a Fine Wine, Beck Gets Better with Age… time seemed held at bay.”—DALLAS OBSERVER

“captivating… left no doubt that wherever Beck’s at — whether it’s stadium or theater — is the right place to be.”—OAKLAND PRESS

Austin’s most esteemed rock ambassadors, Spoon, continue their Hot Thoughts victory lap when they hit the road this summer with Beck and Cage The Elephant. The last two years have seen Spoon (“The greatest rock band of the 21st century” –The Ringer) not only release a unanimously celebrated album, but also play revelatory shows at clubs, amphitheaters, festivals, and both daytime and late night television stages.  Hot Thoughts follows Spoon’s streak of three consecutive Top 10 albums—Ga Ga Ga Ga Ga (2007), Transference (2010) and They Want My Soul (2014) — and with it some of the bravest, most sonically inventive work from the most critically acclaimed band of the decade (http://www.metacritic.com/feature/best-music-of-the-decade).

Prior to the start of their co-headline The Night Running Tour, both Beck and Cage The Elephant will be appearing at the Shaky Knees Festival in Atlanta.