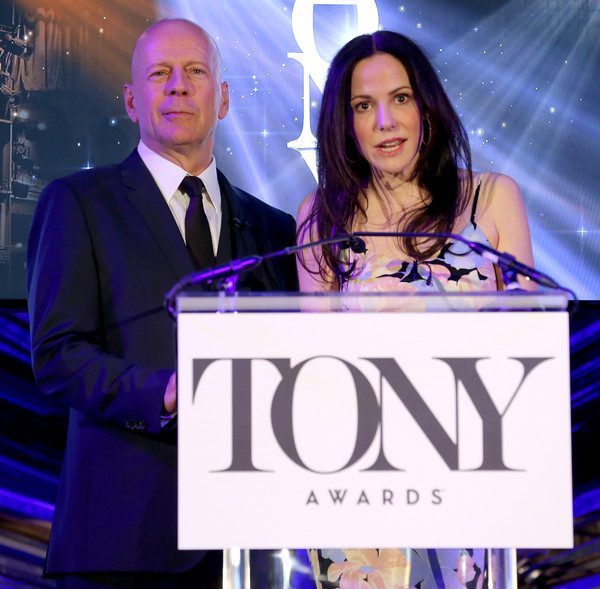 Bay Area Musicals (Matthew McCoy, Founder & Artistic Director, and AeJay Mitchell, Managing Director) has announced the full cast and creative team for the Company’s first 2019 production, the Tony Award-nominated VIOLET. Inspired by the short story “The Ugliest Pilgrim” by Doris Betts, the World Premiere 1997 Off-Broadway production of VIOLET won the Drama Critics’ Circle Award and Lucille Lortel Award for Best Musical, and the revised version that debuted on Broadway in 2014 was Tony Award-nominated. Featuring a folk/bluegrass/gospel-flavored score from Tony Award-winning composer Jeanine Tesori (CAROLINE, OR CHANGE; THOROUGHLY MODERN MILLIE; SHREK; FUN HOME) and book and lyrics by the acclaimed Brian Crawley (A LITTLE PRINCESS), VIOLET has been astounding critics and audiences alike for over two decades.
Bay Area Musicals’ production of VIOLET runs from February 16 – March 17, 2019 and will perform at San Francisco’s Alcazar Theatre (650 Geary Street, San Francisco, CA 94103). The press opening will take place on Saturday, February 16, 2019 at 8:00 p.m. Regular tickets range from $35 – $65 and can be purchase online at www.bamsf.org/violet. Opening Night Fundraiser Tickets (available only for the Saturday, February 16 performance at 8:00 p.m.) range from $50 – $100 and includes dessert and a champagne toast with the cast.
Bay Area Musicals’ production of VIOLET will be directed by Dyan McBride, with movement by Matthew McCoy and music direction by Jon Gallo.
“As a non-profit theatre company,” said Artistic Director Matthew McCoy, “Bay Area Musicals is committed to presenting art that reflects the world around us and engages our community to think, feel, react and respond to the work onstage. Although VIOLET takes place in the deep South in 1964, the judgements and prejudices that Violet faces (as a woman who is disfigured and in the company of an African American soldier) are sadly all too relevant to us in 2019. The themes and tones of this show resonate deeply. Through VIOLET, we can all learn, grow, and nurture a deeper connection to those who are different from us. We invite our Bay Area community to join us this Spring at the Alcazar and experience the world-changing power of musical theatre. Bring your loved ones, family and friends.”
“Set in the early turbulent 1960’s,” said Director Dyan McBride, “VIOLET tells the story of a young woman’s bus ride from Spruce Pine, NC to Tulsa, Oklahoma.  Her ultimate destination is with a televangelist, whom Violet believes will heal the axe scar which cuts clear across her cheek. Her journey sets her on a different emotional path when she meets two men in the Army and a host of other characters. Collectively they force Violet to reckon with her haunted past and her unsettled present. VIOLET is ultimately a play about perception. How are we seen by others? What is beauty? How do we see ourselves?  With a killer score and a very smart book, this powerful musical takes audiences on a ride with a complicated protagonist who more than earns her title billing.”
The cast of VIOLET will feature Juliana Lustenader as “Violet,” Jon-David Randle as “Flick,” Jack O’Reilly as “Monty,” Miranda Long as “Young Vi,” Eric Nieman as “Father,” Shay Oglesby-Smith as “Old Lady/Hotel Hooker,” Clay David as “Preacher/Radio Singer/Bus Driver 1 & 4,” Tucker Gold as “Virgil/Billy Dean/Bus Driver 2/Radio Singer/Passenger/Waiter,” Andrea Laufer as “Music Hall Singer/Bus Passenger,” Kim Larson as “Leory/Radio Singer/Bus Driver 3/Passenger,” Tanika Baptiste as “Lula Buffington/Almeta (Landlady)/Passenger,” April Deutschle as “Ensemble,” Jourdán Olivier-Verdé as “Ensemble,” Elizabeth Jones as “Ensemble” and Danielle Philapilas as “Ensemble.”
In addition to Ms. McBride, Mr. McCoy and Mr. Gallo, the creative team will include Genevieve Pabon as Stage Manager, Frank Cardinal as Assistant Stage Manager, Matthew McCoy as Set Designer, Brooke Jennings as Costume Designer, Eric Johnson as Lighting Designer, Anton Hedman as Sound Designer, Clay David as Prop Designer, Jackie Dennis as Wig/Hair Designer, Taylor Gonzalez as Sound Board Operator and Wardrobe, Stewart Lyle and Technical Director and Cat Knight as Production Manager.
“Terrific, heart-stirring”
-The New York Times

The multi-award-winning musical VIOLET follows a scarred woman as she embarks on a cross-country bus trip to be healed by a minister and discovers the true meaning of beauty along the way. The themes of strength, love, awareness, and growth make VIOLET the perfect second production for Bay Area Musicals’ fourth season.

As a girl, Violet was struck by a wayward axe blade when her father was chopping wood, leaving her with a visible scar across her face. With enough money finally saved she’s traveling across the Deep South in 1964 towards a miracle – the healing touch of a TV evangelist who will make her beautiful. Although she may not succeed in having the scar on her face healed, Violet is able to repair those scars that are lying deeper than her skin. Her powerful story is told through show-stopping anthems (ranging from American-roots to folk and gospel). Bay Area Musicals’ production of VIOLET will be a unique, intimate rendition of this rarely-performed show: a truly “not-to-be-missed” theatrical event for Bay Area audiences.
VIOLET runs one-hundred minutes, with no intermission.
Bay Area Musicals’ 2018-2019 season will conclude with the Tony Award-winning Best Musical HAIRSPRAY (July 6 – August 11, 2019), performing at San Francisco’s Victoria Theatre (2961 16th Street, San Francisco, CA 94103). The 2019-2020 season will be announced shortly.
Bay Area Musicals (BAM!) is a professional, non-profit theatre organization dedicated to presenting the highest-caliber of musical theatre in San Francisco. Founded in 2014, the Company strives to stimulate and inspire the San Francisco Bay Area community through high-caliber musical theater ranging from familiar classics to challenging new works; to produce professional musical theater at accessible ticket rates; and to engage the community through performance, outreach, and educational opportunities.