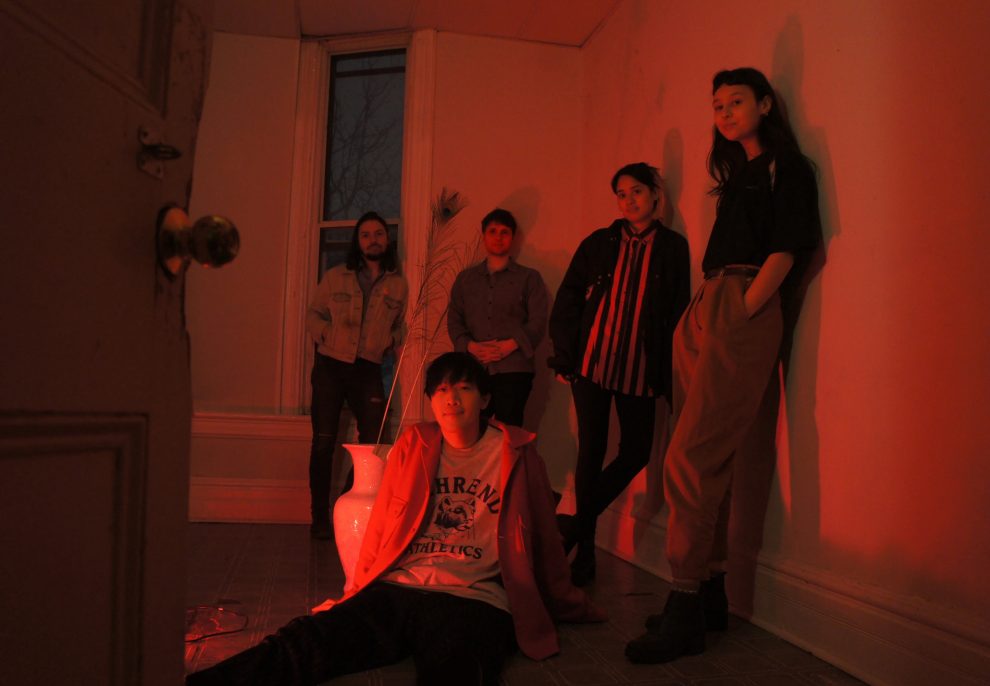 Toronto’s Mother Tongues have been an increasingly visible presence in the city’s music scene over the past year, though with members logging time with Polaris Prize winner Lido Pimienta, and projects likeLuna Li, Maylee Todd and Hooded Fang, and band leader Lukas Cheung founding the cultishly adored Ontario DIY festival Hollow Fest, the band’s component parts were already familiar faces in Canadian music. Trafficking in a cerebral brand of dreamy psych that shares some common ground with contemporaries like Homeshake and Mild High Club, the band have established a growing reputation in Toronto on the back of performances with artists like Yves Jarvis (FKA Unblonde), Doc Dunn and Doldrums, and today they are announcing their signing to Toronto’s Buzz Records with their debut single on the label “She’s Gone,” premiering on Exclaim! to coincide with the Chinese New Year.

The track is accompanied by a video directed by recent Governor General’s Award recipient Trudy Erin Elmore, that features her signature style of digital animation inspired by “the dramatic narrative and theatrical posturing of classical painting,” and featuring subtitles of the songs lyrics translated into Chinese, a nod to Cheung’s background. Despite the band’s psych roots, Cheung, tells Exclaim! that writing “She’s Gone” was an exercise in classic pop songwriting.

“I wrote the main melody of this song riding my bicycle home from a rehearsal years ago, and it resurfaced a year or so ago when I was listening to a lot of Prince, 80’s McCartney, and The Beegees real pop anthems,” says Cheung. “I was playing with the idea of trying to write something in that vain. It’s quite a departure from our usual material and it was challenging holding back and writing a balanced pop song, couldn’t fight the urge to throw in a last minute guitar solo though. The lyrics are rather simple, but I really believe in the idea of melody being able to convey sentiment.”

The video came about in a very serendipitous manner, Trudy Erin Elmore was an artist I had been following for about a year. I had the intention to reach out to her in hopes of collaborating and was surprised to learn she was childhood friends with our Drummer Kenneth Boville at the time. Ken put us in touch and we talked briefly about working together but months went by without anything developing. I had never spoken to Trudy before, but we had this really revealing intimate conversation the first time we spoke. We went into our love lives and she was telling me she was going through a breakup and was looking to fill her time with a new project. I told her I had the perfect song in mind. We feel extremely lucky to work with her, we swooped in as her first music video but she’s got some really killer stuff coming out this year.”