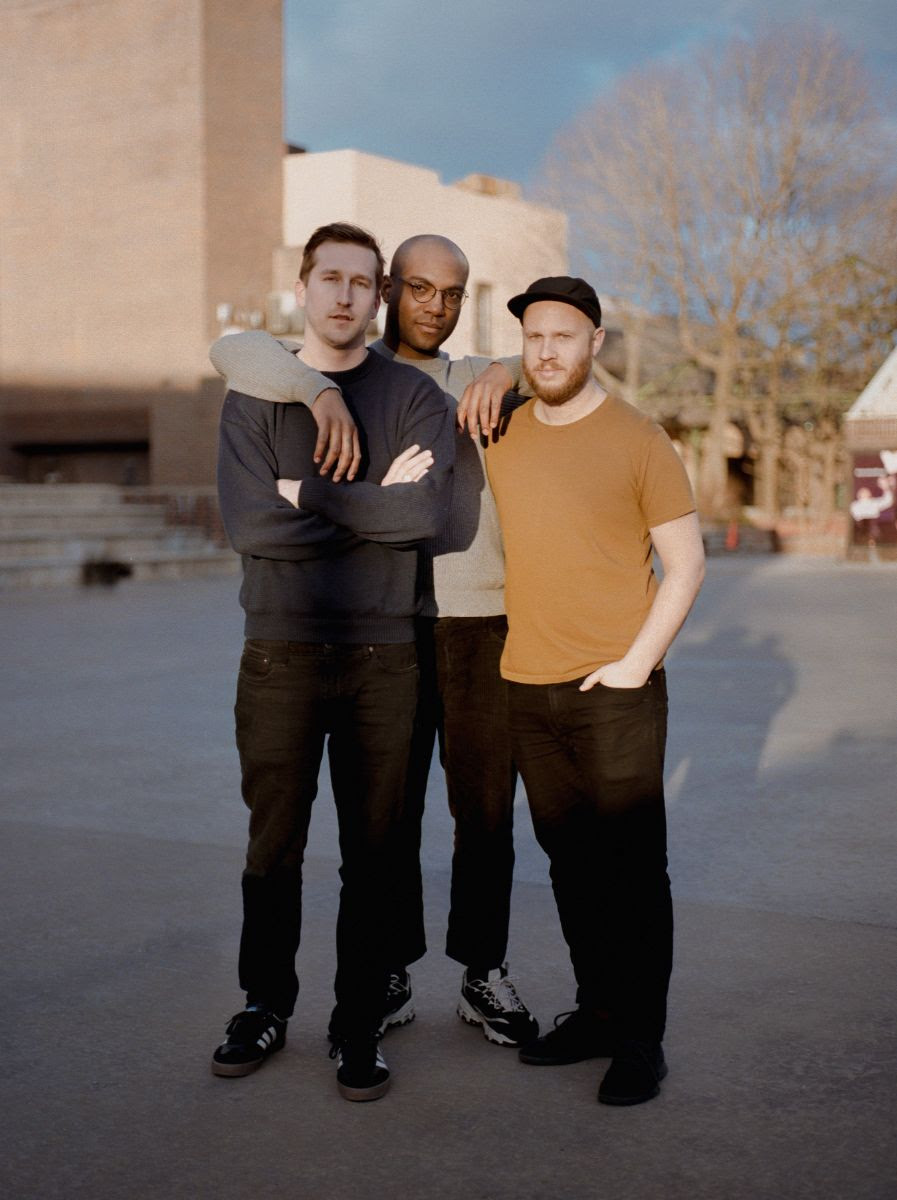 “The video, which couples gorgeous cinematography with lush animation, is the perfect complement to the melancholic funk of Bedstudy. The group’s eclectic sound, mixing R&B, pulsing synth-pop and even a dash of indie pop, makes for listening that is equal parts relaxing and cathartic.”
– The 405
Bedstudy has released the video for their new track entitled “s_M00n” on The Fader. Prior to this, the group released the single “I-V” on mxdwn, as well as the Tess Lafia-directed music video for their single “12” on The 405. All three tracks are from their forthcoming digital EP dot wave, out this Friday on Grand Jury Music.

Bedstudy is a trio from Brooklyn making electro RnB & vapor soul out of modular synthesizers, classical guitars, and samples from across the internet. The group was formed in 2016 by producer David Plakon (Wild Child, Roadkill Ghost Choir, You Blew It!) and vocalist Peter Baldwin, with Ranson Vorpahl joining on drums in 2017. Baldwin and Plakon met when Peter was working on his debut album at David’s studio in Florida. After independently moving to Brooklyn, the two reconnected at a Tall Juan show at Berlin Under 2A and decided to start a band. After two years of writing and formulating, in 2018 Bedstudy signed to Grand Jury Music. In the first year, they released 4 singles, including “Arms Away” which Paper Magazine called “gorgeously woozy,” in their premiere for the Moses Moreno-directed video for the song.

dot wave is Bedstudy’s first collection of work. It highlights the depth and breadth of writing from sultry sad boy jams like “I-V” to soaring funk dance parties like “s_M00n.” The record was mostly recorded in David’s home studio in the basement of his Crown Heights apartment, with additional recording done at Braund Studios in Greenpoint, and at Black Rock studios upstate in the Hudson Valley. It was mixed by Andy Baldwin (Bjork, St. Lucia, Haerts) and mastered by Joe LaPorta (David Bowie, Beach House, Young Thug).