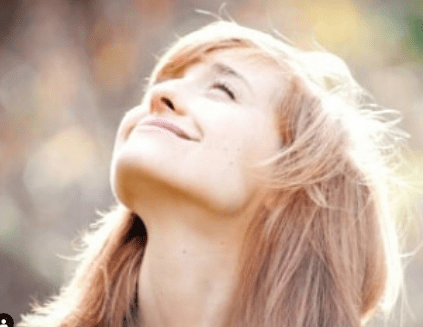 By Shadow State 1958
The Allison Mack champion Charger 426 Hemi continues to defend her/his queen on Instagram.
And now admits she may have been branded.
At first, Charger 426 Hemi denied being a member of the NXIVM sex cult.  But Charger may not have been fully forthcoming about her ties to NXIVM and Allison Mack.
“You never know maybe I’m already involved with her (Allison)”, the love struck Charger 426 Hemi proclaims.
After a further examination of Charger’s Tribute Page to Allison Mack, I ran across this conversation.
official_jamesreynolds
@charger426hemi1 how can you say that if you never even talked to her.

(her being Allison  Mack)

@official_jamesreynolds no it’s not, any conversations i may have with her stays between me and her. It’s got nothing to do with anyone else

@charger426hemi1 now I think you might be telling the truth that you are a member of this cult, and defending someone you care about and want to believe in.

@official_jamesreynolds you never know maybe I’m already involved with her

charger426hemi on Instagram: “@allisonmack729 is one of the most beautiful, kind hearted and inspiring women you could ever meet ??? #inspirational #allisonisinnocent…” 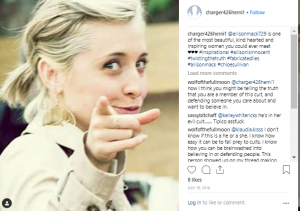 This photo has a caption that screams “watch out all you ladies and kids …. I’m coming for ya!”

Elsewhere, Charger claims  to be living outside the United States but refuses to say if she lives in Mexico.
Charger appears to be fluent in English and knows about American culture
I suspect the name Charger 426 Hemi 1 was chosen for Charger by someone else in NXIVM to make her appear more American than she is.
Who could be controlling Charger?
Nicki Clyne now commanding slaves and working at cafe in NYC
What members of NXIVM DOS or the Vow could now be living in Mexico and are first line or top tier members?
According to Frank Report, The First Line Slaves, I believe, are

for Allison Mack without a promise from the US DOJ that they won’t be arrested.
Rose Laura Junco used to work at the Knife Media with Nicki Clyne, aka Mrs. Allison Mack.
Loretta Garza was with Mack and Clyne in Puerto Vallarta, Mexico when Raniere was arrested.
Now for some questions I would love Nicki Clyne to answer.
1. Who is Charger 426 Hemi1?
2. Who chose that name for Charger?
3. Are you advising or assisting Charger in the operation of the Allison Mack Tribute site?
4. Is Charger part of NXIVM DOS or the Vow?
5. Does Charger live in Mexico?
6. Is Charger a member of NXIVM Mexico?
7. Did Charger live in Clifton Park or elsewhere in New York State?
8. Was Charger involved in the importation of Mexican girls to service Keith Raniere?
I promise that Nicki’s answers will be confidential between her and anyone who happens to read the Frank Report.

Click here to post a comment
Guest View: Some Free Advice for Dennis Burke
Bangkok: Allison Mack has nothing left but NXIVM – and won’t give that up for a plea deal