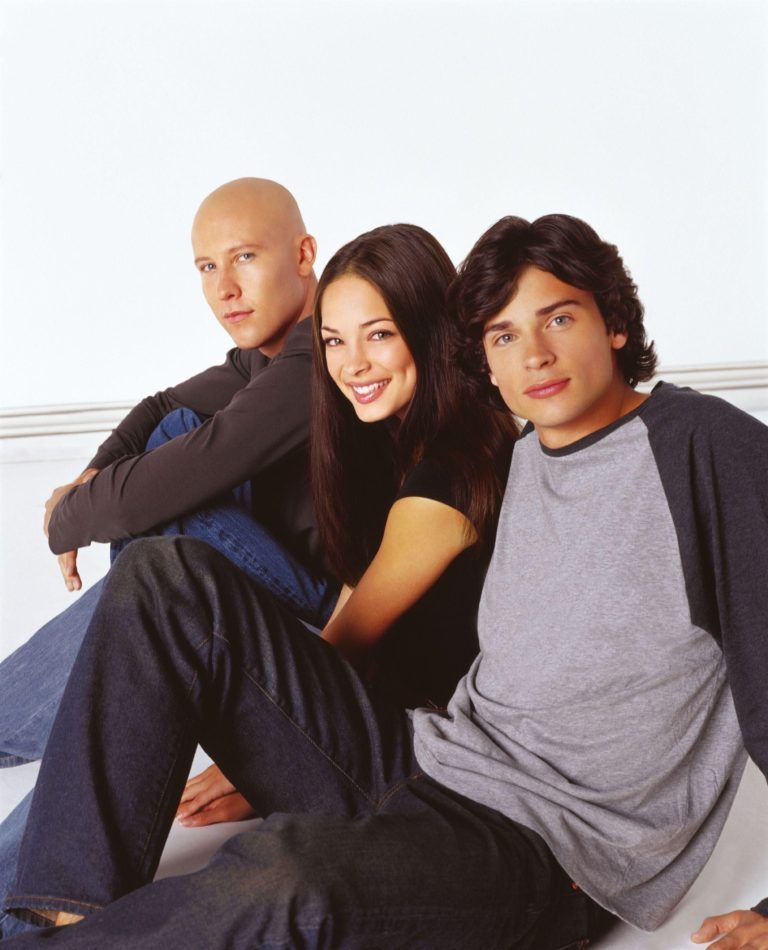 As if Tom Welling entering the comic convention circuit was not enough…. three of the four actors who were at the heart of early Smallville are now reuniting!

Kristin Kreuk has been announced as joining Michael Rosenbaum and Tom Welling at this year’s MegaCon in Orlando May 16-19, 2019. Tickets for the event can be bought here.

This is the first time all three of them have been together since filming Smallville Season 7 over a decade ago!

Kristin played Lana Lang in Seasons 1-7 of the young Superman series that aired on The WB and The CW; she also made appearances in a story arc for Season 8. She currently stars in a series called Burden of Truth.

One of the principle actors in Smallville who for years has been making the comic con circuit will not be on hand this year. That’s because she will likely be on trial for sex trafficking and other charges.

Her name is Allison ‘Pimp’ Mack and she played Chloe Sullivan. This talented actress switched from Smallville to join a sex slaver cult called Nxivm where under her grandmaster – the Vanguard – she became a front line DOS slave in their sub group DOS.

If she is acquitted or when, if convicted, she emerges from prison, it is hoped Allison will return to the comic con convention circuit.