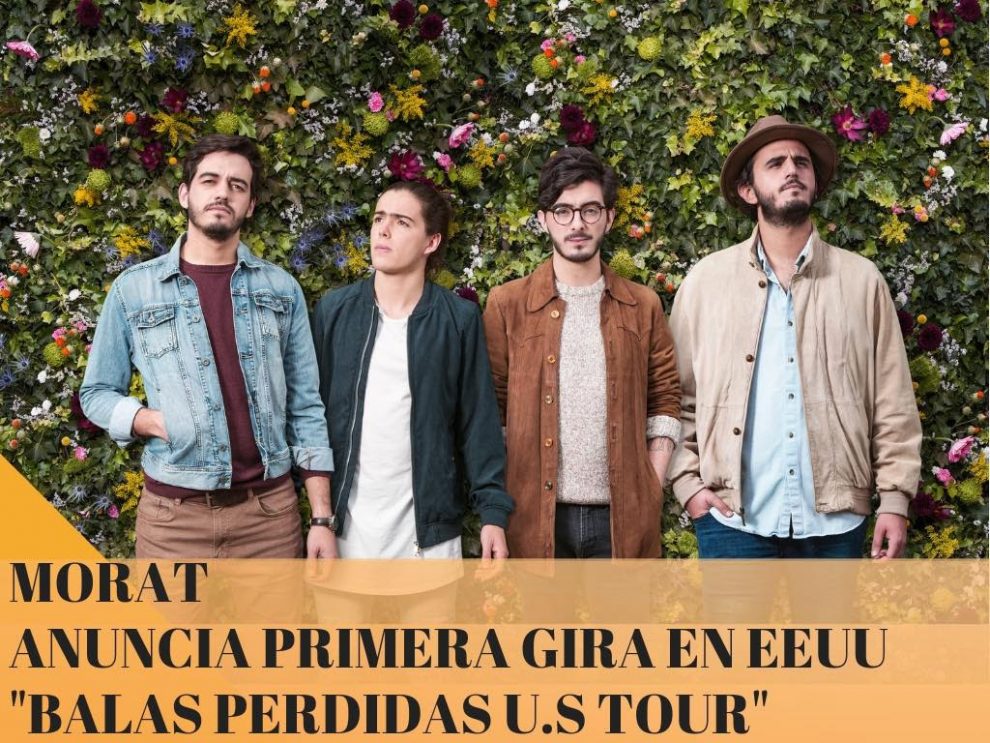 The four-member Colombian band, MORAT have taken over the music scene with their best hits yet within the last two years. The band is close to embark on their first tour throughout the United States where they will present their latest album, “BALAS PERDIDAS”. The tour kicks off on April 4 in San Francisco, CA and wraps up in Orlando, FL on May 5.

Morat has been recognized with prestigious awards such as “Best New Band” in both Los Premios 40 Principales and Los Premios Cadena Dial, has been nominated for a Latin GRAMMY under the category of“Best New Artist” and has also been recently nominated to the renowned MTV MIAW awards under two categories. Furthermore, the boys are recognized throughout Latin America and Europe, spreading their music and talents to various cities including Madrid, Barcelona, Monterrey, Costa Rica, amongst others.

Following their three latest sold out shows in Chile: February 3 at Enjoy Pucón, February 5 at Enjoy Viña and February 8 at Enjoy Coquimbo, Morat was awarded a Quadruple Platinum Record for the high sales of their album, “Balas Perdidas”. Without a doubt, the upcoming tour will be a complete success and the band will demonstrate their talents like never before as they perform the songs from their latest album live for the first time in the U.S.

Ecstatically, Morat said, “We still can’t wrap our heads around the fact that we are going to the U.S for the first time! Thank you for letting us accomplish this dream. We look forward to seeing you all.”