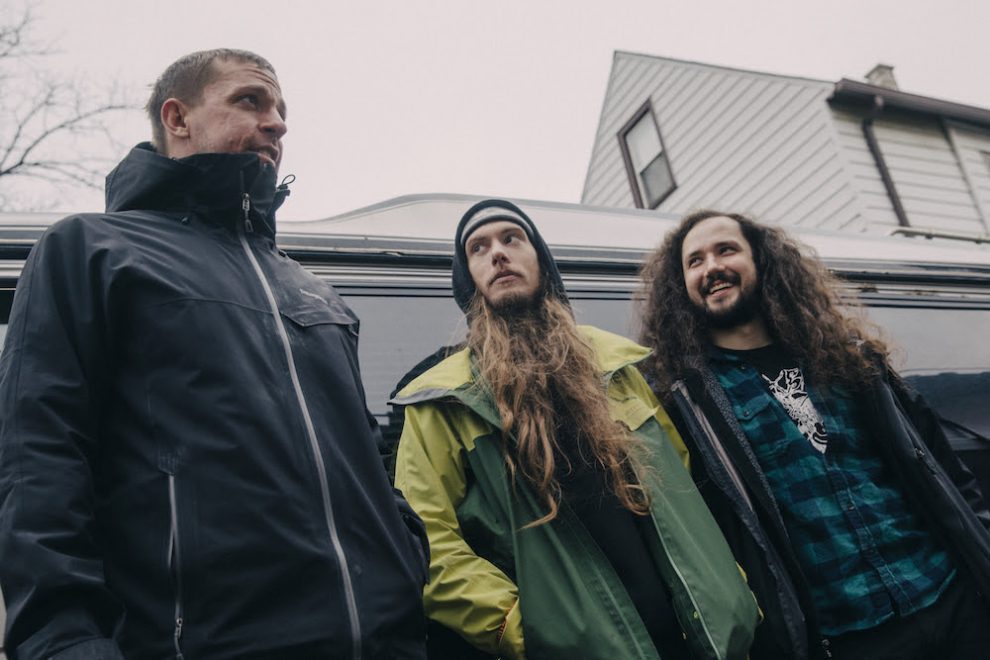 “[Oozing Wound have] got plenty of snark and satire to spare, but they also have the riffs and the range to pull off something much more than Slayer worship. “Tween Shitbag” is an absolute beast, a total blast, and the first metal track of the year that I absolutely love.” – Treblezine

“Have you ever listened to something and immediately thought, “What the Hell is this? I want more of it!”” – New Noise

Following the release of their new album High Anxiety, out Mar. 15th, Chicago trio Oozing Wound will be embarking on a tour throughout the U.S. and Canada. Ahead of the album’s release, the video for High Anxiety single “Tween Shitbag,” directed and animated by comic artist Sam Nigrosh will be premiering on Adult Swim’s Toonami block on March 2nd.

Oozing Wound emerged from the underground noise warehouse scene. They were not only active in bands on the scene, but drummer Kyle Reynolds’ own Rotted Tooth Recordings was home to many of its most successful artists (a pre-curser to Chicago labels like Hausu Mountain). Bassist Kevin Cribbin lives in and runs an essential and legendary space, “Situations,” home of the city’s most adventurous shows and a mainstay for many touring bands to play in Chicago. High Anxiety finds Oozing Wound’s songs have become more complex, their attacks more ferocious, and bass and guitar lines more captivating. The album was recorded in four days at Steve Albini’s Electrical Audio studio.

Delicate Steve Rides A Motorcycle To “Freedom”, Watch Now; New Album ‘Till I Burn Up’ Coming Out March 1
Apex Manor returns from an eight-year hiatus to support Strand of Oaks on their spring 2019 tour