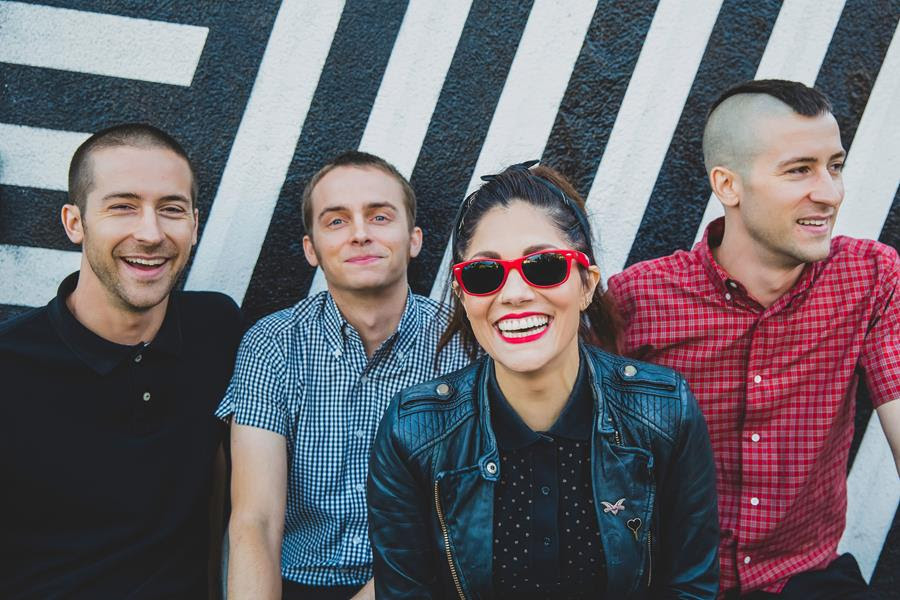 “Dynamo singer Aimee will cool you off with her gravelly chops and punky petulance.” – Billboard

“One of the catchiest, most fun modern ska-punk bands around.” – Brooklyn Vegan

Today, ska-punk band The Interrupters premiere their new video for radio single “Gave You Everything” at YouTube. Aimee Interrupter explains, “’Gave You Everything’ is a celebration of the moment when you overcome heartbreak, and the person who hurt and betrayed you can’t hurt you anymore – and it’s a true story!”

In addition to their radio success, Fight the Good Fight debuted on the Billboard charts on first week release as #1 Heatseekers, #2 Independent Record Label Album, #5 Current Rock, and #5 Current Alternative Album. Additionally, Alt-Rock radio single is the #1 Most Added on Alternative Radio.

The follow-up to 2015’s Say It Out Loud, Fight the Good Fight finds The Interrupters delivering their two-tone-inspired, powerfully melodic, punk-fueled sound with more vitality than ever before. With Armstrong and Alge at the helm, Aimee and the Bivona brothers channeled the raw energy of their lives shows by recording almost entirely to tape. “There’s a certain feeling you get from that process that you can’t really get digitally,” says guitarist Kevin. “There’s no overthinking anything—everyone’s got to be fully present and committed. It was definitely high-pressure, but also really fun.”

Formed in 2011, The Interrupters came together when the Bivona brothers (guitarist Kevin Bivona, bassist Justin Bivona, drummer Jesse Bivona) found themselves on bills with Aimee during a 2009 tour. With their self-titled debut arriving in 2014, the band soon shared stages with bands like Rancid, Blink-182, and Bad Religion. The Interrupters embarked on a world tour in support of the release, headlining their own shows as well as supporting Green Day in Europe, Australia and South America, solidifying the band’s status as a dynamic force on the stage.