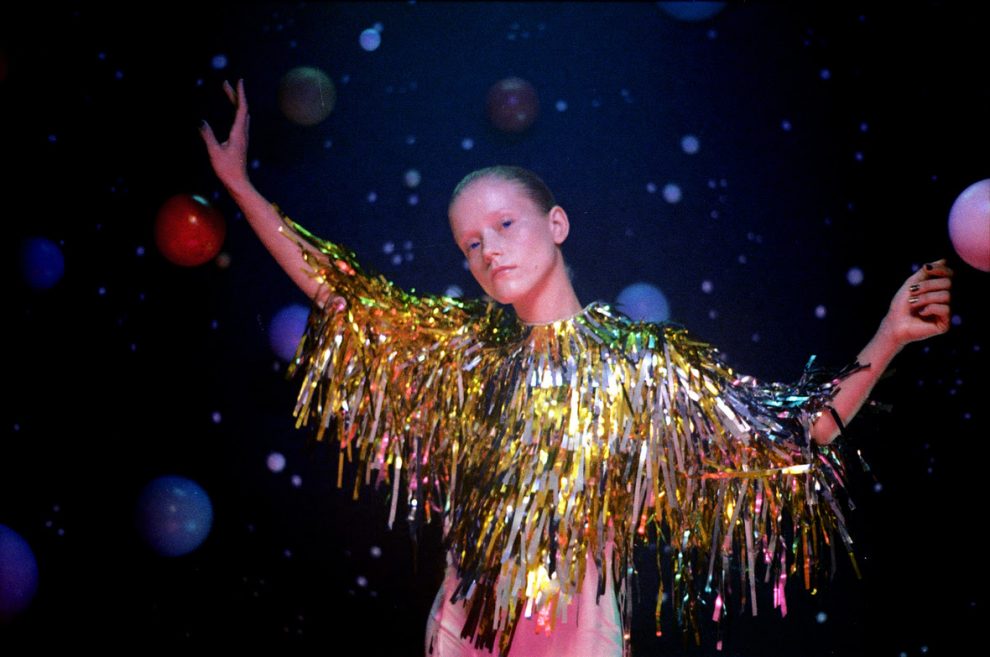 Having been ensconced in the studio working on her forthcoming album, Paper Castles, Alice Phoebe Lou is pleased to release the new single, “Galaxies.”

South African singer-songwriter, Alice has just announced a series of live shows in Europe, as well as North America, having sold out two Cape Town shows in February, which pre-empts her forthcoming album due 8th March. Overseen by Grammy winning producer Noah Georgeson (Devendra Banhart, Joanna Newsom), “Galaxies” follows previous track, “Skin Crawl,” described by The FADER as ‘powerful and stunning,’ and is once again accompanied by visuals that portray Lou’s charm and elegant fragility.

The track, as Alice herself explains, “Happened on a rainy moody day in Berlin, my friend Harry Charles & I wrote this song while lying on the carpet of my room. Space had become such a theme in my life & music, not in a scientific way but more in a metaphorical sense; drawing parallels between a planet in the expansive universe & the way that one’s tiny & seemingly insignificant existence interacts with the world. This song is about being nothing & everything. Abut being overwhelmed by the weight of existence while simultaneously being in awe & wonder of it all. ‘Galaxies’ came to life the first time we played in the Planetarium in Berlin; we’ve played 13 shows there now & every time I see the visuals come to life & the audience being swept away by the combination of the song with the projections of flying through the galaxies, the song makes so much sense”.

The accompanying music video features Alice in a surreal dreamlike landscape coupled with animated design by Hagen Schönfeld. The video is directed by Chloë Lewer and Andrea Ariel, they say, “‘Galaxies’ is the tale of a fallen star, who has ended up living a regular life on earth. There’s no denying that out-of-this-world themes and galactic dreams are intrinsic within Alice and her music. We think of our dear friend as a star, in all forms of the word. So in this video we wanted to portray the high and lows of such journey. The music video was shot with a loving micro crew over two days in between a ‘space’ in Berlin and an ex-military Soviet training ground just out of the city.”

The forthcoming Paper Castles tour in the Northern hemisphere includes a series of dates starting this March in North America and Europe.