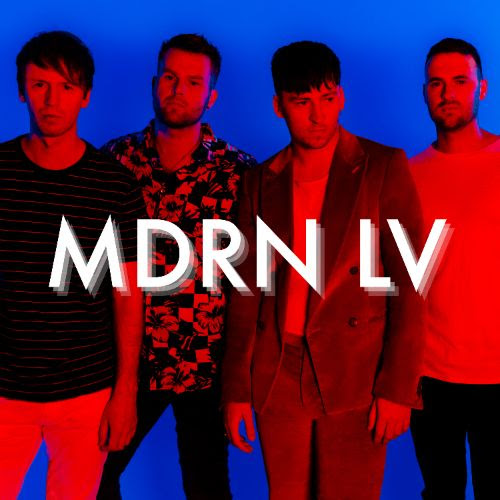 Critically acclaimed Irish international phenomenon Picture Thisrelease their second full-length album, MDRN LV [Republic Records], in stores and at all digital retailers today.  Already certified platinum upon release in Ireland, the album was co-produced by Jayson Dezuzio[Imagine Dragons, X Ambassadors], and features the rising hits “One Drink”, “Everything or Nothing”, and“If You Wanna Be Loved”.

Picture This launched the release of MDRN LV yesterday from the top of the iconic Empire State Building in New York City, performing an intimate show for fans from Ireland to be broadcasted on RTÉ 2FM.  Earlier this week, the band also performed “If You Wanna Be Loved” on NBC’s Today Show.

In support of MDRN LV, the band hit the road on their first proper North American headline tour this Spring.  The tour will make 17 stops across the country starting in Toronto, ON on April 22 and wrapping in Seattle, WA on May 18.

The biggest selling Irish act in both 2017 and 2018, and the nation’s hottest musical export in decades, Picture This arrived as a phenomenon with their self-titled 2017 full-length debut, Picture This. Certified triple-platinum in Ireland, it held the #1 spot Overall in the country for four weeks, while topping the Streaming Chart for seven weeks. Moreover, it remained in the Top 5 since release. Just over two years since their formation, they’ve impressively sold over 400K tickets, concluding 2017 with a sold-out UK and Ireland tour highlighted by gigs at O2 Shepherd’s Bush London, SSE Arena Belfast, and a two-night stand at 3Arena in Dublin. This summer marked their first stadium tour in Ireland, which capped off with a 35,000-person stadium show selling out over 3 months prior. During late 2018, they teamed up with super producer Jayson Dezuzio to record the 2019 follow-up, MDRN LV.