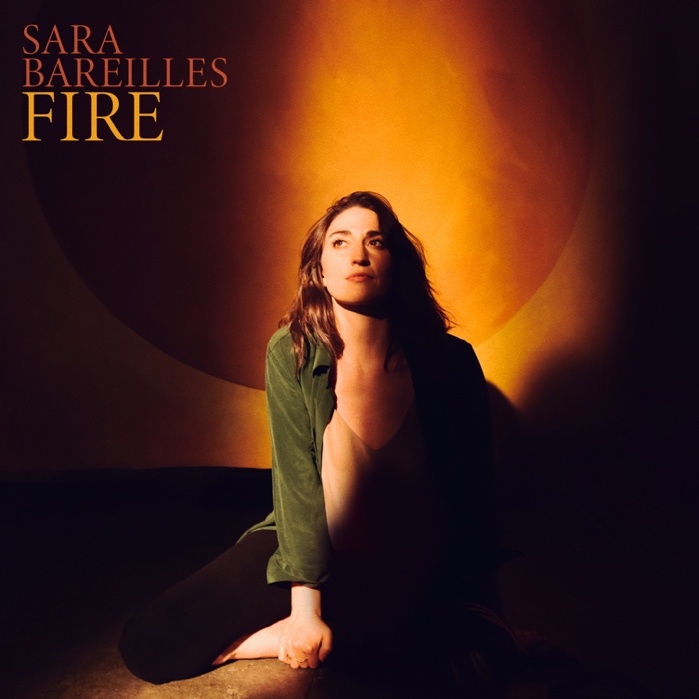 The song sets the stage for the arrival of her anxiously awaited fifth full-length and first album of original material since 2013, entitled Amidst The Chaos, which arrives on April 5, 2019. The pre-order went live today and the tracklisting can be found below.

Right now, “Fire” illuminates the incendiary power of her instantly recognizable voice. Over the glow of acoustic guitar and a shuddering beat, she lights up the verses before igniting an undeniable and unbreakable refrain. The song follows up the record’s critically acclaimed first single “Armor,” which earned praise from Variety,Rolling Stone, Huffington Post, and more at the end of last year. For this latest body of work, she joined forces in the studio with legendary Academy® Award-winning producer T Bone Burnett.

As a result, the album spotlights her voice as a singer and storyteller like never before, while making an enduring statement.

2018 marked yet another landmark year for Sara. Among numerous accolades, she co-hosted the Tony Awards®, received an Emmy® Award nomination for her role in “Jesus Christ Superstar Live in Concert,” as well as a GRAMMY® Award nomination for the “Jesus Christ Superstar Live in Concert” soundtrack and garnered the Songwriters Hall of Fame’s Hal David Starlight Award. She also teamed up with Apple as an executive producer for “Little Voice” a 10-episode series, which she will create the original music for.  This continued an impressive run of music and creative projects. 2013’s Blessed Unrest would be nominated as “Album of the Year” at the GRAMMY® Awards. Shortly after, she penned the music for the Broadway hit, Waitress, for which she achieved her first Tony® Award nomination for “Best Score” and a 2017 GRAMMY® nomination for “Best Musical Theater Album.” She also made her Broadway acting debut in 2017 by stepping into the lead role in Waitress.