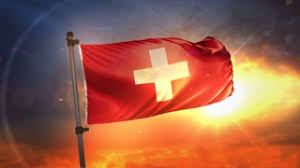 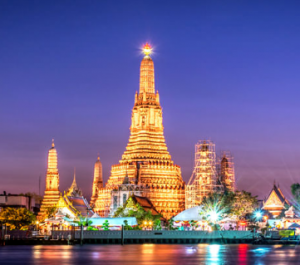 By One Night in Bangkok

Even after several commenters destroyed his failed argument, including Heidi, he STILL attempted to defend his article by claiming that his ‘financial data’ was 100% accurate (i.e. that people can make anonymous transactions using anonymous paper instruments in Switzerland). He also claimed that his ‘Schengen’ argument (regarding passports not being stamped) allows people to make undetected money laundering trips to Switzerland.

However, both of his arguments FAIL because:

1) Swiss Banks no longer allow ‘anonymous’ numbered accounts. All ‘numbered’ account holders must verify their identity with a PASSPORT. Also, any non-account holders making large or anonymous deposits must also show their PASSPORT to the bank, thus making his “Schengen argument” meaningless since the bank will make a record of the passport holder’s visit/deposit (even if the border guards didn’t).

2) Swiss Banks are REQUIRED to verify the ‘source’ of any large deposits REGARDLESS of whether it’s cash or other anonymous “paper instruments” being deposited. Swiss Banks are REQUIRED to trigger a money laundering investigation when the source of funds is not positively established, which means freezing the account and notifying the Swiss Money Laundering Reporting Office (this is especially true for LARGE deposits from foreigners).

There are places in the world which allow anonymous numbered accounts, however, Switzerland just ISN’T one of those places anymore.

Thus, this whole Instagram photo hunt is a fool’s errand authored by an errand boy running errands for his wife.

PS — I didn’t think I’d be posting again for a while since I’m busy right now, but this clown needs to be neutered since he’s making a mockery of the Frank Report with such drivel. I actually felt my IQ drop 5 points after reading this drivel. It’s Heidi’s fault. She created this wackadoodle by encouraging him to post more articles.

The data below comes from a few Swiss Banking Sites (I capitalized some words myself).

A spokesman for the Swiss Bankers Association has been telling swissinfo.ch that Swiss banks are OBLIGED by legislation to stick to strict regulations when opening and handling accounts.

How “secret” are Swiss banks?
The high level of confidentiality Swiss banks offer both their domestic and foreign customers is NOT absolute and certainly does NOT shield criminals.

As a matter of principle, the rights to privacy can be SUSPENDED when a criminal investigation is underway, also in the case of tax offences, for example. Our aim is to protect the privacy of the honest bank client while EXPOSING criminals to the full force of the law.

There are very clear regulations in place. If a bank notices a SUSPICIOUS transaction or it has well-founded suspicions that something like MONEY LAUNDERING is going on, the bank is OBLIGED BY LAW to freeze the account and REPORT it to the authorities, the Money Laundering Reporting Office.

There are very strict procedures in place, so-called due diligence procedures which are basically “know your customer” rules. First the bank has to decide if it wants a business relation with this person.

…If it decides to go ahead, one basic question is:

Can you prove your identity?

The banks are OBLIGED BY LAW to verify the identity of the client so they will want to see some kind of official identification document. […snipped…] Are these your assets you’re bringing to the bank or do these assets belong to someone else? The bank is also LEGALLY OBLIGED to find out who the beneficial owner of the assets is or are.

Heidi: Allison Mack ‘I’m alone’ picture en-route to Switzerland may have pre-planned
How the Second Amendment is Literally Going Up in Smoke
Comment