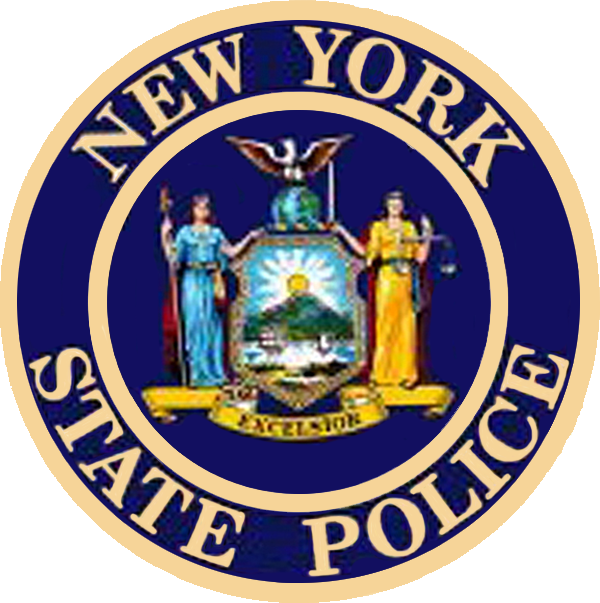 I do believe readers will recall that the New York State Troopers in the Clifton Park area were made aware of numerous crimes committed by a monster named Keith Raniere, but chose to protect him and actually served to destroy, or try to destroy, the people who were trying to prevent him from committing more crimes.

Raniere went on to rape, swindle, commit fraud and sex trafficking – as he branded women and collected blackmail-worthy material.

At first, it was thought that his extralegal protection was largely the work of one State Trooper, Rodger Kirsopp, who seemed to have been co-opted by the law firm of O’Connell & Aronowitz, Raniere’s well-paid attorneys.

However, now, as more State Troopers are quietly alleging other matters to the Frank Report, it suggests that there was not only a sinister conspiracy to protect Raniere – but this was not an exception to the rule, but may virtually be the rule: That there is a culture of “above-the-law” mentality at the State Police condoned at the very top – by Governor Andrew Cuomo –  that may be wreaking havoc on honest cops who truly wish to serve and protect.

None of this has been proven. It is all allegation – just like any allegation made by any prosecutor or arresting officer. The accused might be innocent.  The burden of proof is on the one who makes the allegations.  I am only beginning my investigation. I make no accusations yet.  If I do, I intend to prove them.

Here is an example of the kind of information I have been recently receiving. It is from a letter I received from a trooper, who strikes me as honest and deeply concerned about what is happening:

Concerning your story involving Thomas Judge. You provided one of the most accurate stories on the Division of State Police I have read. They will lie, cheat, steal, cover up, and commit criminal acts against the citizens of NY and protect their own.

I read your article and was blown away by how well written and spot on you were. You did your homework.  Good work.

If you would like to continue on your story and providing true accounts to the public, I may have a jaw dropping story for you:  If you take a look at the case Lyons vs. NYSP Div of State Police (Joe D’amico) and Inv Noel Nelson, it will shed some light.

It is only one of many that the NYSP have going on involving Troopers.

If you would like to continue providing truth and facts to the public, I think these two cases will shed some light…  I can provide information and documents that show how criminal this case was and the coverup starting from the Governor’s office.

Trooper Frank Rose is another case you may want to look at. He was demoted after lying during an IAB investigation into the use of force.  He provided false testimony to AG Investigators and was SUSPENDED  and sent to Troop NYC as a uniform Trooper. He had a prisoner get out of his Troop car last year and jump off an overpass in the Bronx. He survived. He is now in the NYSP K9 School.  They are hiding him in NYC and your recent article has some in the membership very nervous.  This case screamed criminal and was covered up in Albany.  A sergeant was also forced to retire in this case, Kenneth Trombley.

Do some digging into this case and see the push back you get.

These cases referred to above look interesting and I think I will look into them. Somebody has to look into these kinds of allegations since, in most cases, police and prosecutors in America are, or think they are, “above the law” and nobody is around to police them.  They are a dangerous pack.

When Trooper Thomas Judge lied in court – and was caught – everyone, from the judge to the Assistant DA to his own attorney went out of their way to say his lying on the witness stand was merely harmless error. He misspoke.

Nonetheless, the defendant got 10 years shaved off his sentence, thanks to the perjuring trooper.

More disturbing was when the lying trooper returned to the witness stand after the noon recess, a cadre of state troopers came all of sudden to watch the case and sat in the courtroom looking menacingly.

I fully believe they were there to send a message to the judge and everyone else in the courtroom that their colleague better not be charged with perjury – as he seemingly deserved to be.

They were there to intimidate the judge and she seemed intimidated.  She nervously asked the Assistant DA, and the defense attorney, and surprisingly even the trooper’s attorney who showed up out of the blue – into her chambers and came out, announcing that there was a plea bargain made.

Instead of the trial continuing where the defendant faced 25 years – 10 years were knocked off a brutal sex offenders’ maximum sentence by the generous plea bargain suddenly agreed to by all parties which arose solely from a state trooper lying.

There will be no punishment for Trooper Judge. The sex offender will save a decade of his life.

The judge avoided retaliation by settling this within hours.

Indeed, the only serious punishment may be yet to come – for the public defender who caught the trooper lying on the witness stand.

He better be very careful driving roads troopers patrol in his area.  He won’t be the first man who ran afoul of the New York State Troopers, who gets stopped and drugs are found, or he winds up arrested and perhaps jumps off an overpass in the Bronx.

Click here to post a comment
Shadow: Keith Raniere and Ervil LeBaron’s Bad Ass Warrior Bitches
CONGRATULATIONS MR.ATTORNEY GENERAL, WILLIAM BARR…YOU HAVE NUMEROUS MAJOR CRIMINAL CASES…BEING DUMPED INTO YOU LAP AND I KNOW YOU ARE UP TO THE TASK…BUT I HAVE A SUGGESTION!