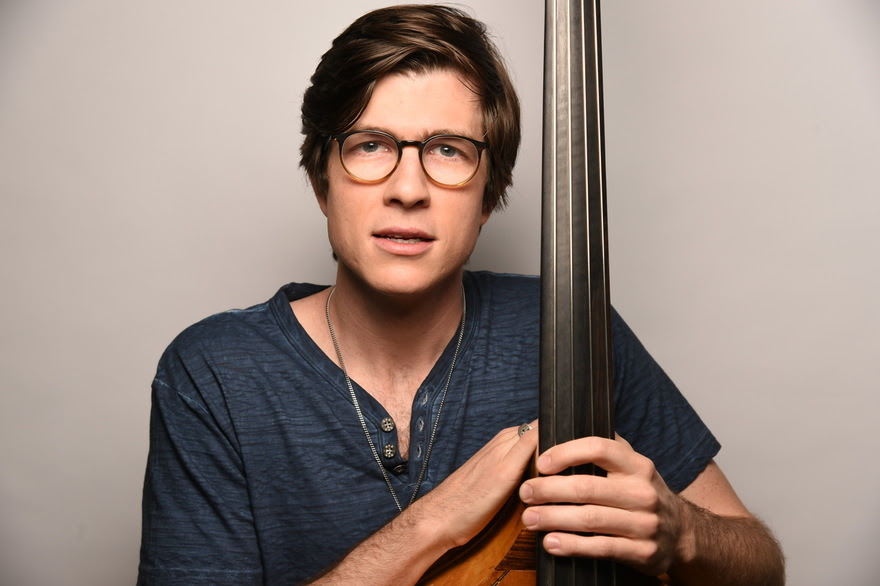 Singer-songwriter and upright bass player Scott Mulvahill stopped by NPR’s Tiny Desk Concerts “studio” in January where he recorded a performance that premiered today via NPR – fans can check it out here: https://www.npr.org/2019/02/14/694700614/scott-mulvahill-tiny-desk-concert.Just make sure to set up your soundbar, speakers and subwoofer before hitting that play button to get the best audio while listening to the recorded concert.

For the high-profile segment, Mulvahill performed solo and with his band on the songs “Begin Againers,” “Gold Plated Lie,” and “Himalayas.” Says Mulvahill about the opportunity to perform a Tiny Desk Concert: “The cool thing about playing behind the desk is that it’s unusual enough to push you out of your realm of comfort, and I think you can sense that in a lot of Tiny Desk performances. You can’t lean on a loud sound system, show lighting, etc. It’s very exposed, and that puts you on the edge of your abilities, and I think that’s why they get so many great performances on their show. It was a dream to play it, and kind of trippy to see photos of myself standing in that spot.” Tiny Desk Concerts host Bob Boilen praised Mulvahill, writing: “This is a perfect introduction to an artist with enormous talent and an artist seeking to stretch his musical world.”

2018 was a pivotal year in the growth of Nashville-based Mulvahill’s career.  He hit the road, this time as an opener and no longer a sideman, on tour runs with Lauren Daigle, Robert Cray, Matt Wertz, John McLaughlin, Sierra Hull, Andrew Peterson, and Ricky Skaggs. Mulvahill released his first full-length album, Himalayas, in the fall of 2018, with the backing of a successful Kickstarter campaign that rallied his fans in their belief of him and his music.

Already in 2019, Mulvahill has embarked as the headliner on part one of his HimalayasTour, with six of the shows selling out.  This week, he joins Daigle again on her sold-out “Look Up Child” Spring Tour. Mulvahill is in the planning stages of part two of hisHimalayas tour, with tour dates to be announced soon, and he is already confirmed for multiple high-profile shows and festivals including Mountain Stage, Rhythm and Blooms, Blue Plums, Winnetka Music Festival, and more to come.

To tie in with the timing of the Tiny Desk Concerts appearance, Mulvahill’s latest single from Himalayas, “Gold Plated Lie,” is being serviced to radio on February 18th to the Americana and Triple A radio formats.  Fans can also experience an acoustic version of the song as part of his Tiny Desk Concerts performance.

One of the most acclaimed bassists in Nashville, Mulvahill originally hails from Houston, Texas.  He moved to Nashville post-college, where his life changed after meeting American music icon Ricky Skaggs and joining his Grammy-winning band, Kentucky Thunder.  He toured with Skaggs for over five years, and in that time, first started writing songs on his upright bass.  With his upright bass providing complete harmony and rhythm arrangements woven in among his vocals, Mulvahill is unique among a sea of too-similar singer-songwriters.  A musician equally at home in a plethora of genres – Americana, rock, pop, country, jazz, gospel, even chamber music – Mulvahill displays an astonishing range and versatility, all of which is evident on Himalayas.  The album was produced by Mulvahill, Charlie Peacock (The Civil Wars, The Lone Bellow) Gary Paczosa (Alison Krauss, Sarah Jarosz), and Shani Ghandi (Sarah Jarosz).

Mulvahill’s songs have received honors or been featured in the International Songwriting Competition, John Lennon Songwriting Contest, and American Songwriter Magazine’s 30th Anniversary Contest, and he has had numerous cuts on other artists’ albums, most recently with GRAMMY-winning R&B phenom H.E.R. Mulvahill was a showcase performer at 2018 Americana Music Festival, and he has been featured on Lightning 100 radio’s Nashville Sunday Night series. He has shared the stage with some of the greatest artists of modern music, such as: Alison Krauss, Barry Gibb of the BeeGees, Bruce Hornsby, Brad Paisley, Peter Frampton, Steven Curtis Chapman, Emmylou Harris, Dave Barnes, Ben Rector, and many more.

Some praise for Scott Mulvahill:

“Scott is a masterful performer, taking upright bass to a totally new level.  You’re tricked into thinking most of the songs are an ensemble but with just Scott you get the rhythm, melody, percussion, and vocals… all layered perfectly together. He’s the modern day ‘One Man Band.’” – Eric Marcum, WSM Radio, Nashville

“Double-bassist and singer-songwriter Scott Mulvahill stunned us with ‘Begin Againers,’ a song that muses on and celebrates all the possibilities afforded by starting over with a clean slate. It’s a theme that the Nashville musician’s spare phrasing and impeccable bass tone – inviting as a fresh notebook page – illustrate beautifully.” – Rachel Horn, NPR, “All Songs Considered”

“His voice, songs, and unparalleled musicianship, combined with his quirky sense of humor, kept the audience spellbound and nodding to each other as if to say, ‘we are experiencing something special.’” – Gary Kraen, Lightning 100 Nashville

“…fabulous, unique, engaging, moving… this is completely fantastic music.  It’s time for this guy to make his stand.” – Bruce Hornsby

“What terrific music, it brings about the true beauty of his voice in a way that is, honestly, refreshing.” – Kenneth Pattengale, The Milk Carton Kids