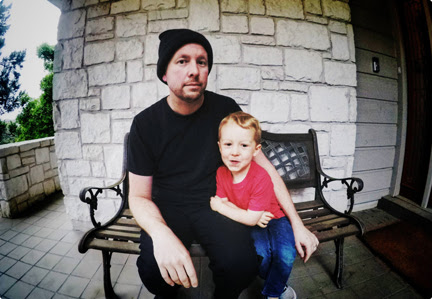 The songwriting and performing career of San Antonio-based artist Jared Putnam aka The March Divide continues to wind and weave its way along the highways of America. Putnam is invading the hearts and minds of new fans every day as he continues a seemingly endless tour, with over 50 dates already booked for 2019, and more on the way. See below for The March Divide‘s itinerary through April.

The lyric above opens “I Didn’t Mean It,” one of two brand-new The March Divide tunes that have just been released as the second installment of Putnam’s “Distractions” series of singles. It’s poignant and visceral and goes to show the progression of Putnam’s songwriting over the years, a deeper, more personal, and risk-taking approach that he began to develop in earnest with his most recent full-length, 2018’s Anticipation Pops.

“I wanted this song to almost read like a suicide note, or a final conversation,” he says of the song, pulling no punches. “When you think of me, remember the good times, not all the ways I fucked up.”

Showing audiences more and more of what he’s about has helped The March Divide build a loyal following in the markets that Putnam frequently visits, and he’s not only a good showman on stage, he takes the time in-between songs and after the gig to connect with fans. It’s a personal touch that’s keeping him in business.

“People are almost always streaming music instead of popping in a CD or putting on a record,” he says. “But, I want to be a songwriter, not a t-shirt salesman, so I continue to push my physical sales. There are plenty of people out there that still want physical media, like me!”

He continues, saying, “‘Please form a single file line at the merch table, no pushing or shoving, please, there is plenty for everyone,’ is generally what I’ll say from the stage at the end of my set. It makes people laugh, so I just keep using it. After that, I walk around the room, and make a point to talk to every group of people. I even go outside and talk to the smokers.”

It’s Putnam’s affable way of grinding it out and hustling that has allowed him to do the thing most touring songwriters are unable to do, which is to keep on doing it at all. His growing fanbase funds the tour and their belief and appreciation of Putnam’s work has pushed him to his best songwriting to date. Putnam is a prolific artist, with four full-lengths, several EPs, a string of cover tunes, and now the “Distractions” series over a mere six years or so. He finds creative ways to get his tunes out.

“‘Distractions’ is something I came up with as a way to continue to release the music I’m working on, between albums,” he explains. “The name refers to the fact that when I’m writing and recording these songs, it’s usually a distraction from the things that I feel like I should be doing, like the business part of what I do. But at the end of the day, writing and recording is all I ever want to do anyway.”

Two-Time Stellar Award Nominated Singer-Songwriter Titus Showers Set to Digitally Release and Video Premiere Debut Single. “In His Name” April 5th
Yetep and Sara Skinner Come Together On “What Do U Want”