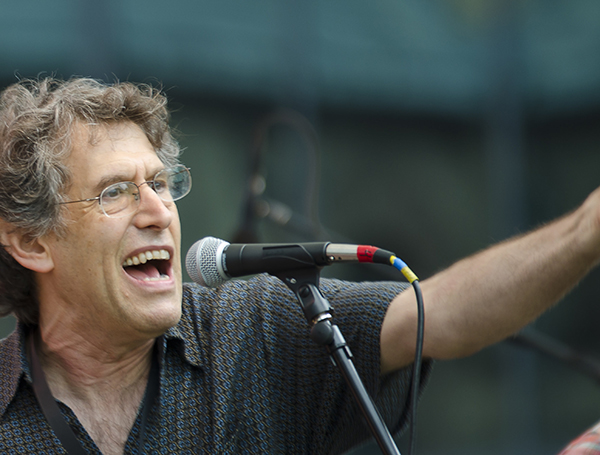 New England Conservatory’s Contemporary Improvisation Department will host “Klezmerpalooza: 40 Years of Klezmer at New England Conservatory!“ a collegiate klezmer music festival on Saturday and Sunday, March 9-10. The event will feature NEC alumni who have become major leaders in the international resurgence of Eastern European Jewish culture, NEC’s current Jewish music ensemble, the Ezekiel’s Wheels Klezmer Band, and students from seven college klezmer and Yiddish music ensembles. All events are free. Advance registration for the workshops can be done by visiting this website: https://www.eventbrite.com/e/klezmerpalooza-2019-tickets-55984143079. NEC is accessible by public transportation (Mass Ave. and St. Botolph stop on the #1 Bus, Symphony stop on the Green Line E train, or Mass Ave stop on the Orange Line).

The event celebrates the fortieth anniversary of the first klezmer jam sessions at New England Conservatory that started the klezmer revival in New England, spearheaded the formation of the Klezmer Conservatory Band in 1980 and the Shirim Klezmer Orchestra in 1982, and helped launch the collegiate klezmer movement that has been at the forefront of the resurgence of Eastern European Jewish culture.

Festival events will include:

Panel Discussion on NEC’s role in the resurgence and transformation of klezmer and Yiddish culture.
1:30 PM in NEC’s Plimpton Shattuck Black Box Theatre.

The primary organizers of the event are Dr. Hankus Netsky, founder and director of the Klezmer Conservatory Band, and Nathaniel Seelen of Ezekiel’s Wheels Klezmer Band.

NEC’s Contemporary Improvisation program addresses the unique needs of musicians seeking to move beyond traditional boundaries. The department brings together an extremely diverse group of the world’s finest young artists in a setting where they can truly grow as a community of composers, performers, and improvisers. With an emphasis on ear training, technique, conceptual ideas, interdisciplinary collaboration, and a wide range of improvisational traditions, the CI program is uniquely positioned to produce the complete 21st century global musician. Founded in 1972 by Gunther Schuller and Ran Blake, the department is “a thriving hub of musical exploration,” (Jeremy Goodwin, Boston Globe).