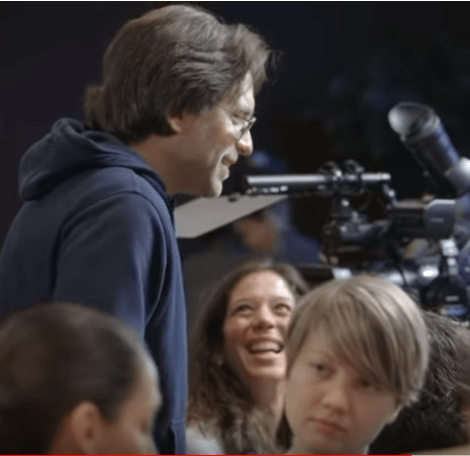 With all due respect, Keith didn’t “build an army of female blackmailers” in an effort to use their sex appeal to do Keith’s bidding.

If that were really true, they’d have been fucking other males left & right (in an effort to get favors for Keith and NXIVM).

That’s not what happened. Most of his women were generally forbidden from fucking anybody else.

Nor did Keith build an army to “take the fall” for him. If that were really true, he wouldn’t be on trial.

How can somebody “take the fall” for Keith when the emails Keith sent out (unencrypted) were so damning that he practically gave the government their case on a silver platter?

This proves that Keith DID NOT PLAN on anybody “taking the fall” for him, else he would have generated emails which pointed the evidence AWAY from him and onto somebody else.

Read his emails (and texts released by the DOJ in court filings). He fucking incriminated ONLY himself. For God’s sake, he called himself the fucking GRANDMASTER of DOS in an email. LOL. That’s game over.

You can’t “take the fall” for somebody else if the evidence doesn’t support that you did it and they didn’t.

Keith didn’t PLAN anything at all. You simply give him too much credit. He was playing checkers, not chess.

As for his slave army, Keith wanted them to only fuck him with few exceptions.

Yes, there may have been a ‘plan’ to have one of those girls lure another male into giving something to Keith using sex as a weapon, but that was the RARE exception and not the norm.

Most of those girls were not allowed to fuck anybody else.

Keith’s slaves were not an army of anything. They were simply women that he wanted exclusively for himself, to fuck only him.

Because Keith didn’t want them getting hooked on bigger and better cocks than what he possessed.

Keith didn’t want his girls experiencing other males because other males would likely have bigger cocks and also possess better sexual stamina and lovemaking ability.

He didn’t want the REJECTION of having his girls ‘preferring’ the love-making abilities of other males who weren’t as LIMP as him.

That was the reason for Keith’s slaves not being allowed to fuck other males.

Click here to post a comment
Sultan: Kristin Kreuk is dating writer on Burden of Truth – move on fellows and leave her alone!
CALIFORNIA WASTED HOW MUCH AND WANTS HOW MUCH MORE TO WASTE….?