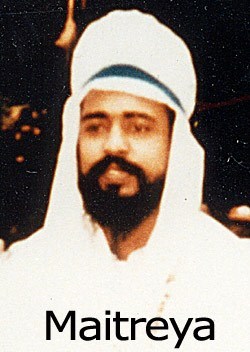 I was happy to get this email from one Jason Francis, of Clarksburg, MA, offering the glad tidings that we may indeed have a new Vanguard to replace the one who is presently in pretrial custody in Brooklyn.

Here is the email from Jason:

I am submitting this letter about the emergence of Maitreya. He holds the position known to the world’s major religions as the Christ, the Buddha, Imam Mahdi, Bodhisattva, Krishna, and the Messiah.

For more information as well as updates, please go to www.share-international.org. You can also find a brief video at www.youtube.com/watch?v=BajmwL0a43w….

As humanity stands at this pivotal moment in history, help is at hand.

Maitreya (My-tray-uh) fulfills the expectations of all of the world’s major religions for the reappearance of a great Teacher. He descended from His retreat in the Himalayas in 1977, entered Pakistan and took an airplane to London, England, arriving on July 19th of that year. Hence, Maitreya fulfilled His prophecy made 2,000 years ago through Jesus that He would return by way of the clouds. 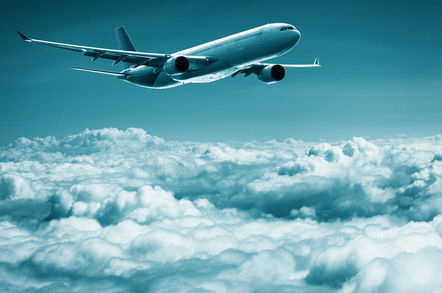 However, Maitreya is not a religious teacher. Rather, He is a teacher in the broadest sense of the word — the World Teacher…

It is not coincidental that Maitreya returns as the world enters a New Age.  As an astronomical fact, the solar system comes into alignment with a new constellation roughly every 2,200 years. It is now coming into alignment with the constellation of Aquarius. Maitreya overshadowed His disciple (now the Master) Jesus 2,000 years ago at the start of the Age of Pisces and returns now to inaugurate the Age of Aquarius. He will remain as the World Teacher for the entire Age of Aquarius.

Maitreya’s message is simple: we are all brothers, and only by equitably sharing the world’s bountiful resources among all people will we manifest love, justice, freedom, unity, and brotherhood. And justice will lead to trust between people and nations needed for global disarmament and world peace. Hence, with the guidance of Maitreya … humanity will create a world where its highest ideals will manifest once and for all time.

Maitreya has been giving television interviews around the world for several years. He does not use His real name and makes no claim to status. He comes across as an ordinary person, but with extraordinary insight into our many man-made problems. As Maitreya does more and more interviews, He will become known around the world. People everywhere will begin to ask who is this person with such deep insight and offers such sound solutions to the world’s man-made problems.

A further and bigger economic collapse than 2008 is looming, which will reinforce the folly of a competitive economic system. Soon after the collapse, Maitreya will hold a press conference. This will eventually lead the world’s major media to invite Him to address the world: the Day of Declaration. Everyone will see Maitreya on TV, personal computers, and mobile devices. However, He will not speak but will be heard inwardly (telepathically) in one’s own language.

Among other things, He will clarify the choice before humanity: to continue in the competitive ways of the past, which will lead to the destruction of all life on Earth, or accept sharing, brotherhood, and love and know a brilliant future where humanity’s highest ideals are manifest. Maitreya is in no doubt that humanity will make the right decision.

For all those bereft of your Vanguard – here is the man for you. Maitreya may be an imaginary figure, but on the other hand, he is probably less lethal to believe in than the real-life Vanguard.