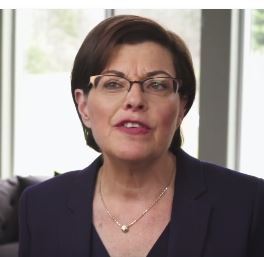 In fact, Nancy is named as a covert CIA agent.

The article is quite long and please feel free to read it.

Here is the section on the Bronfmans and Nancy.

In 2009, Edgar Bronfman’s daughters Clare and Sarah gave $I million to the Buddhist Dalai Lama to travel to America to endorse, front and cover their clandestine experimental NVIXM “sex cult” that brainwashes, brands, and conduct mind control experiments on women and children.

Edgar Bronfman, a Russian Jewish descendant, was a pillar of New York society and president of the World Jewish Congress.

CIA agent and asset, the Dalai Lama with Peter Yarrow after he performed his song “Never Give Up” at the Chiba Institute of Technology in Tsudanuma, Japan on November 13, 2013. ….

Raniere’s Curcio hearing today – Vanguard wants to stay with Agnifilo despite co-defendant Bronfman paying his lawyers
Do we have a new Vanguard?
Comment