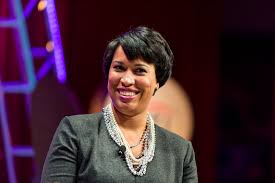 Months after spending $900,000 to supply immigrants and their families with “targeted services and resources,” the mayor of Washington DC is giving an open borders group $100,000 to provide English classes, legal consultants and workshops to help them become American citizens. The mayor, Muriel Bowser, proudly announced this month that the taxpayer allocation “represents the largest such government fund in the nation.” The money will help pay for projects that collaborate with employers to assist immigrant workers with the citizenship process by also hosting seminars, and individual legal consults. “Together, we’re giving more immigrants in our community a fair shot at citizenship,” Mayor Bowser said, bragging about similar programs funded with DC taxpayer dollars. “This grant builds on the work we have done through our Immigrant Justice Legal Services grant program and through the monthly citizenship workshops; it’s an example of how we can work together as a community and use local resources to break down barriers to citizenship.”

Last summer the mayor launched the $900,000 Immigrant Justice Legal Services (IJLS) Grant Program to provide legal services for illegal aliens at risk of being deported under the Trump administration’s stricter immigration policies. The money goes to leftist groups that provide “know your rights” workshops, legal briefings, trainings, mentorships and legal assistance. The program is the first of its kind in Washington DC. The goal, according to Bowser, is to help illegal aliens “navigate a challenging political climate and thrive in our community.” The mayor claims it has “helped bring our DC values to life and has made us a safer stronger DC” by providing immigrants with the knowledge and resources they need to understand their rights. Under the plan, leftist “community-based organizations” receive grants of up to $150,000 to help immigrants.

DC has long protected illegal immigrants from federal authorities by offering them sanctuary and banning local law enforcement officers from inquiring about suspects’ immigration status. In 2011 DC,’s scandal-plagued mayor, Vincent Gray, signed an executive order making it official by forbidding police and other city agencies from asking about immigration status. The order also guarantees that local law enforcement officials will not detain illegal aliens, report them to federal agencies or even make them available for federal immigration interviews without a court order. As mayor Gray, who still serves on DC’s council despite being embroiled in a multitude of corruption scandals, also introduced a bill give illegal immigrants driver’s licenses.

A few years ago, DC tried to pass a measure that would allow non-U.S. citizens to vote in elections. One of the DC councilmen behind the bill, Tommy Wells, said the law was necessary because area residents know all too well what it means to be denied equal voting rights in the United States. “It goes without question that every resident of DC deserves a vote and a voice in our local government,” said Wells, who currently works in the Bowser administration as DC department of Energy and Environment Director.

IF THERE IS ONE MAN WHO SHOULD SHOULDER THE BLAME FOR THE PRESIDENTIAL HARASSMENT, DOJ TURMOIL , AND ALLOWING CRIMINALS TO “ALMOST WALK” … IN MY OPINION, IT’S THE MAN TRUMP REMAINED LOYAL TO… JEFF SESSIONS!
The Fourteen Catholic Senators Who Enabled Late Term Abortion