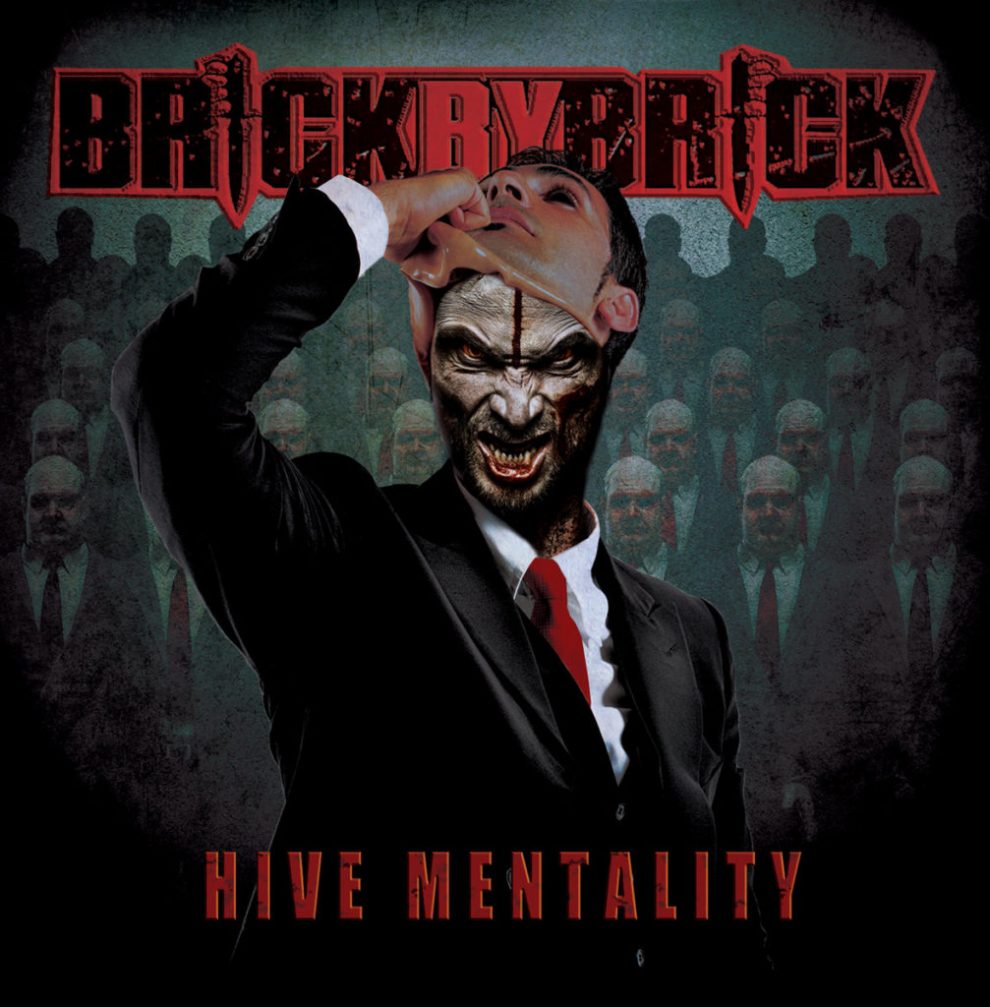 Check out a recent music video from BRICK BY BRICK for the new album’s title track, “Hive Mentality”! The track and video, which feature a guest appearance from none other than Orange is the New Black star and Alekhine’s Gun vocalist Jessica Pimentel, is available to hear/view here: https://youtu.be/7URYB3kb6Mo

Born out of Troy, NY’s infamous hardcore scene, BRICK BY BRICK have relentlessly cultivated their reputation as a staple force of hybrid hardcore metal. Solidifying and reviving their sound in recent years with the addition of Ray Mazzola on vocals, the band’s perspective is fresh with formidable intent.

Raising a massive middle finger to the establishment, the band’s new album, Hive Mentality, is a battle cry to all that is wrong with the world, yet signifying that all is right with heavy music convergence. Epitomizing the tone of the title track “Hive Mentality”, track guest Jessica Pimentel (Alekhine’s Gun vocalist, Orange is the New Black actress) seethes “Get the fuck out of the way or get trampled,” with a ranting rage. Based upon true events, track five, entitled “Bar Is Open”, sums up BRICK BY BRICK flawlessly in their declaration of, “We live to drink/We love to fight/We bring the party/Rage through the night.” That statement is further emphasized by none other than guest vocalist Tony Foresta (Municipal Waste, Iron Reagan). The Acacia Strain’s Vincent Bennet further exudes the savagery of Hive Mentality with his vocal spot on “In The Ruins”, before the album reaches its apex with a blistering rendition of Motörhead’s “Iron Fist”, a sonically heated kick like a belt of Jack that Lemmy himself would have savored and tipped his hat to.

Produced by Jason Bourdeau, Hive Mentality was recorded at Overit Media in Albany NY, with mastering by legendary Alan Douches of West West Side Music.

BRICK BY BRICK brings one metal riff after another, interwoven with slamming breakdowns and a relentlessly rhythmic battering. Hive Mentality transcends beyond genres – it embraces the angst within each soul from any heavy music scene and brings solace to every metalhead, muscle head, hardcore kid, and old school punk who’s been internally bleeding and eternally screaming in defiance.