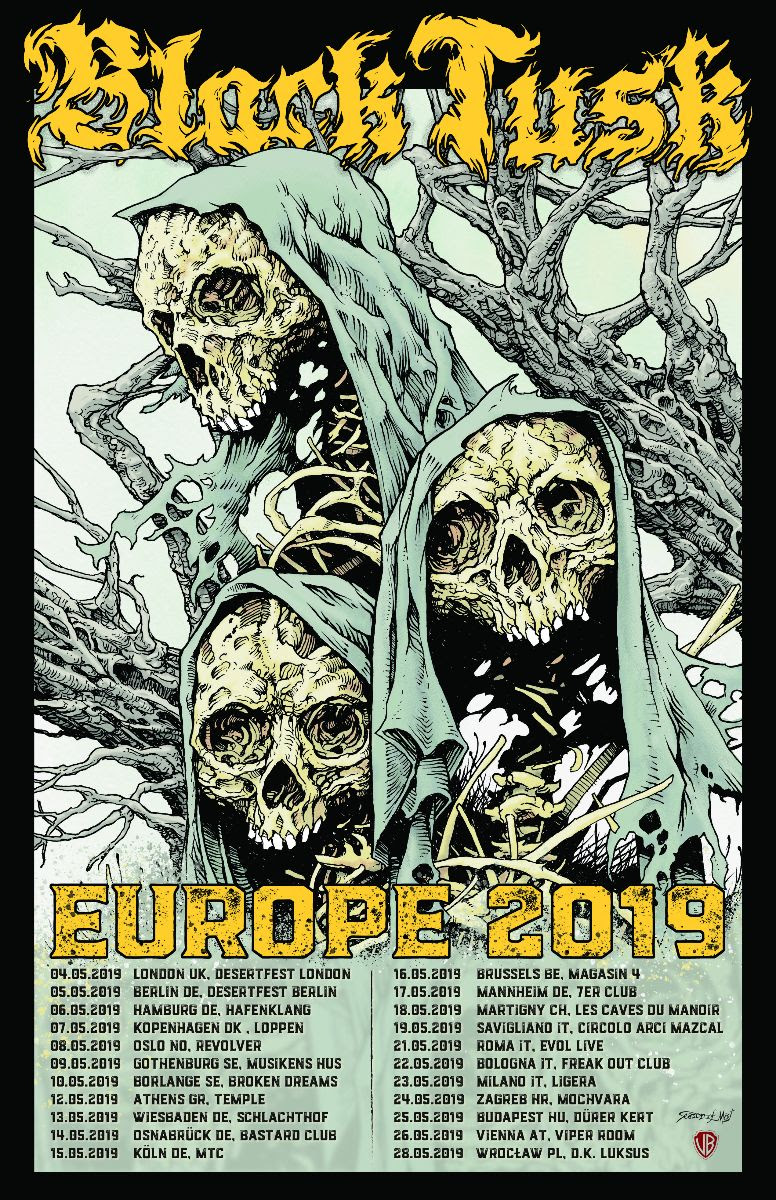 Southern sludge masters BLACK TUSK will be embarking on a European tour this May in support of their in 2018 release, ‘TCBT.’ The tour will kick off on May 4 at Desertfest 2019 in London and will conclude on May 28 in Wroclaw, PL.

Speaking about the album, the band previously commented:
“We decided to entitle this record ‘TCBT.’ Its a play on TCB, ‘Taking Care of Business,’ add a T to the end and its ‘Taking Care of Black Tusk.’ It’s an idea, a slogan if you will, that James and Athon came up with some years ago, and since [Athon’s] passing and essentially the reformation of this band we found it fitting for a title.

“We turned inward after ‘Pillars of Ash.’ Corey came on board and we did the tours to support that record playing the songs that we had written with Athon, Then we took some time off and learned how to write with a new member, we took our time and worked out our ideas, we brought new ideas and talents into the fold. This record is something that we are truly proud of, its the culmination of two years of reworking ourselves as a band. We’ve closed one chapter of this band are starting anew, we are Taking Care of Black Tusk. We recorded this record as a three piece and are going to tour to perform it as a four piece.

“With a nod to our past and with the knowledge of lessons learned and experience gained, we are heading back out full throttle with a new energy and a new band. When you listen, you will hear Black Tusk, not the old as was, but a new Black Tusk keeping tour roots and carving a new path.”