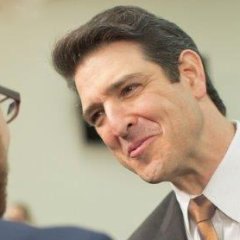 The prosecution in the case against Keith Raniere Et Al plans to call psychiatrist Dr. Michael Welner as an expert witness to help establish that Nxivm compares closely to other “cult-like operations.” Dr. Welner, a clinical and forensic psychiatrist and Chairman of The Forensic Panel, has acted as lead forensic psychiatric examiner in numerous prominent […]

The prosecution in the case against Keith Raniere Et Al plans to call psychiatrist Dr. Michael Welner as an expert witness to help establish that Nxivm compares closely to other “cult-like operations.”

According to the prosecution’s filing, Dr. Welner is going to testify about how the actions of Raniere and the other Nxivm/DOS co-defendants compare to practices of other cult-like groups and how such actions – including abuse of the teacher-student dynamic – facilitate financial and sexual exploitation.

Among the notable cases that Dr. Welner has been prominently involved in are:

Dr. Welner has been featured in network television news coverage of forensic psychiatry issues and authored numerous publications for professional and public audiences.

“Dr. Welner has studied … cult-like organizations, large-group awareness trainings, the ‘human potential movement’, religious sects and chain-marketing organizations (the ‘comparative groups’), including financial and sexual exploitation and the psychological dynamics within the comparative groups. This includes the techniques of how intense attention and recruitment contributes to special relationships within which such exploitation takes place, and then to isolation through which recruits are controlled and exploitation perpetuates. As a clinical psychiatrist, Dr. Welner also has experience treating people who have left organizations like those described above.

“He has also conducted extensive research…  on polygamous sect leaders and their followers, and has presented findings of this research at national forensic science meetings. This research illustrates the qualities of leaders and how they relate to their organizations and followers, how they relate to the outside world and prevent scrutiny, how the ideals of the organizations as set up by leaders enable the absolute power through which sexual and financial exploitation can happen. In the same research, Dr. Welner explored the followers of such organizations, what makes them vulnerable, and what makes it difficult for them to extricate themselves.

“Dr. Welner … conducted … research on drug-facilitated sex assault perpetrators and their modus operandi (including the way they relate to their victims after the fact), as well as their victimology. In particular, he has examined the various ways in which some, including people with no criminal background or history of sexual offending, manipulate power differential and opportunism to sexually exploit employees in what would otherwise be ordinary encounters.

“He has also extensively studied … situations of coercive influence…. . This involves an understanding of how…  the mentor/teacher is able to cultivate silence and even complicity. He has consulted on a number of cases in which grooming behavior is alleged to have taken place, in both criminal and civil context, and to both those accusing others of grooming and themselves accused.

“In addition, Dr. Welner has presented before national meetings and other professional audiences on financial exploitation, the assessment of populations vulnerable to financial exploitation, and the vectors of such exploitation. This work is notable for its concentration on how intelligent and informed people can be taken advantage of because of emotional vulnerabilities that play out in the relationship between victim and victimizer”.

Although it did not reveal other names, the prosecution indicated it is planning to call other expert witnesses to testify about these three topics:

(1) The psychiatric and physiological effects of social, perceptual and occupational isolation including deleterious effects on mental functioning, such as depression, obsessive thoughts, agitation, confusion and suicidal ideation and behavior;

(3) The psychiatric and physiological effects of lack of sleep and severe calorie restriction.

The current date to begin the trial is April 29th – but that date may be pushed back by one or more superseding indictments. The prosecution’s provision of the information about its expert witness is in conformity with its duty to provide defendants with details about what information and evidence it plans to present to the jury.

The Eastern District of New York has a 97% conviction rate when it goes to trial. Defendants who go to trial and are convicted tend to get the maximum allowable sentences.