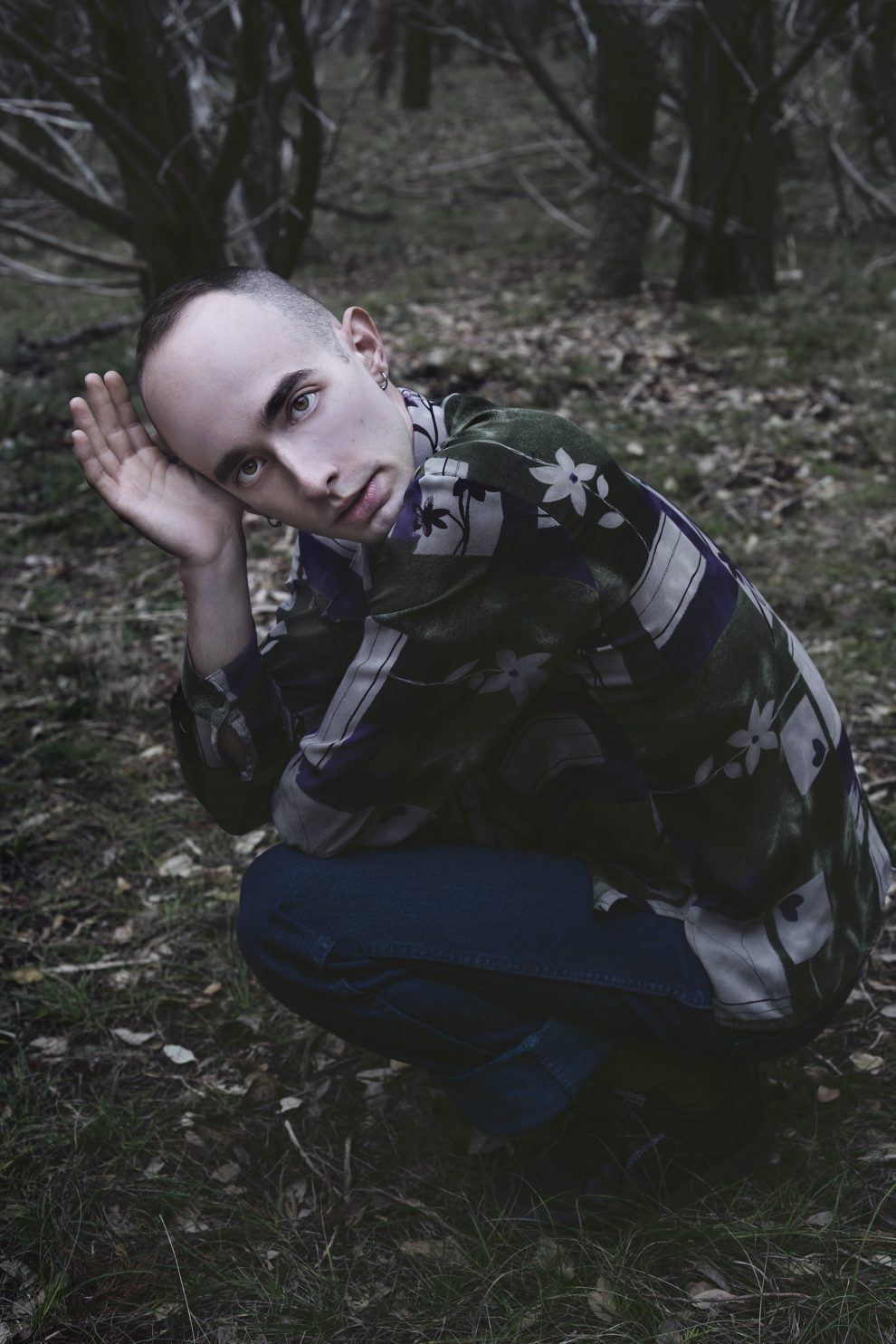 Today, I am so excited to share with you the new album from Austin’s Taft, a singer who has seriously got one of the most moving voices in underground music right now. The full album streamed on Ovrld last Friday, and we’ve had mentions in The 405, Paste,EARMILK, Bandcamp, and The Austin Chronicle. It’s an album of patient grace and understated beauty, and was recorded live with minimal corrections (yes, I know, hard to believe!). His debut album on Los Angeles label Cosmic Dreamer (RF Shannon, Dan Ryan) is available everywhere now!

Formerly a member of the Lomelda live band, Taft has had stints all around the country, but currently calls Austin home. On his new record, he’s supported by a cast of old friends, including Hovvdy drummer Andrew Stevens, and Josh Halpern, Jeff Ratner, andS am Panke.

“goodnight, plum”, the third album from Taft, draws power from vulnerability. Performed as a live in-studio concert with minimal overdubs, Taft creates a landscape that is loose and nocturnal, imprinted with eccentricities, presence, and deep emotional space. These performances call to mind the crooning of Sean Nicholas Savage set against rhythms so slack and irregular they would be at home on the earliest Dr. John records. Making “goodnight, plum” was a ritual; a divining of space for the spirit away from the noise of the world. Written in grain silos in Vermont and mountain hideaways in California, these songs ramble freely through complex chord colors, contained and made cogent by the force of Taft’s voice, itself twisting and dissolving like smoke over fire.

ROBERTO CARLOS Receives An All-Star Tribute At The Premio Lo Nuestro Ceremony, As He Celebrates His New Single And Launches An International Tour
Luther Dickinson And Sisters Of The Strawberry Moon To Release Debut Album “Solstice” March 22nd