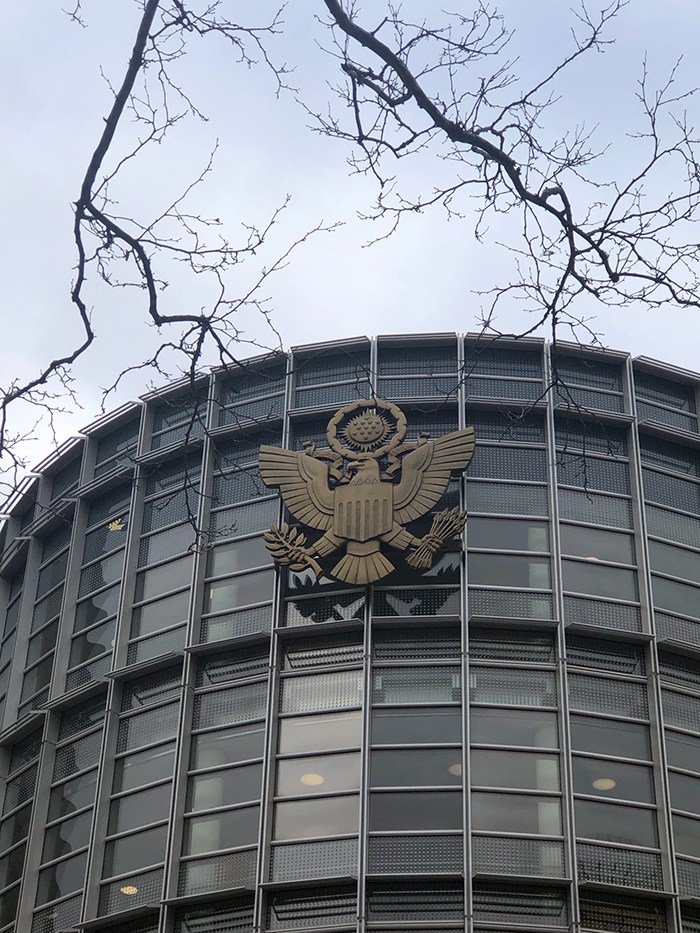 There were several major developments at today’s Status Conference in the case of the U.S. v. Raniere Et Al – but like a great orchestra conductor, the presiding judge, Nicholas G. Garaufis, made it clear that the prosecution and the defense attorneys are both going to play the way he wants them to play. The […]

There were several major developments at today’s Status Conference in the case of the U.S. v. Raniere Et Al – but like a great orchestra conductor, the presiding judge, Nicholas G. Garaufis, made it clear that the prosecution and the defense attorneys are both going to play the way he wants them to play.

The biggest news was the prosecution’s announcement that a superseding indictment will definitely be issued “…in the next few weeks”.

A superseding indictment is going to be issued sometime between now and mid-March.

Which is exactly what the Frank Report indicated was going to happen in an earlier post.

Penza explained the superseding indictment is based off of an “additional piece of evidence” that has been seized. The attorney did not state whether or not this means additional defendants will be brought forward.

The indictment is to come in the “next several weeks,” according to Penza.

The prosecution also told the court that there’s not likely going to be anything in the superseding indictment that should surprise the defense attorneys – and that because the prosecution has been very liberal with regard to its discovery productions, the defense should already have most of what it will need to respond to whatever new charges are in the superseding indictment.

Although the defense attorneys are still whining about not knowing exactly what evidence the prosecution is going to use at trial, lead prosecutor, AUSA Moira Kim Penza, has, in fact, turned over copies of all the evidence that was seized from Nancy Salzman’s former home.

That’s going to make it very difficult for the defense attorneys to convince the judge that the trial should be delayed because of the superseding indictment.

That will be especially true for the about-to-no-longer-be-the-lead-dog defense attorney, Marc Agnifilo, who has been claiming that his client, Keith Raniere, wants to go to trial as soon as possible.

Agnifilo also raised the possibility that Judge Garaufis could treat whatever charges are in the superseding indictment as a separate matter – and hold a second trial just on them. The judge indicated he would do that only if it was “in the interest of justice” – but that he’ll wait to actually see what’s in the superseding indictment before considering any such action.

Meanwhile, the judge also laid out how the jury selection process will work – which is another indication that he’s planning for the trial to start, as currently scheduled, on April 29th.

First and foremost, at least some of the current defendants – Keith Raniere, Clare Bronfman, Allison Mack, Nancy Salzman, Lauren Salzman, and Kathy Russell – are definitely going to be facing some new charges.

There will undoubtedly be a slew of new motions by the defense attorneys – especially on the question of what evidence the prosecution can use at the trial.

But Judge Garaufis has made it clear that he wants to keep the trial on track – and that unless the superseding indictment makes it impossible for the defense attorneys to prepare in time, the trial will start on April 29th.

*****
A couple of side-notes:
– Raniere is rapidly deteriorating physically – and it appears that one of his fellow inmates may have stolen his glasses again because he looked like Mr. Magoo as he squinted throughout the proceeding without any glasses on today.  He was clean-shaven.  His skin appeared extremely red.

Throughout the hearing, Raniere was staring at his ex-girlfriend Toni Natalie seated in the back of the courtroom.

More on Raniere  – and an update on what’s going on with him at MDC – sometime in the next few days.

– The rest of the co-defendants all appeared very friendly with another with lots of hugs and air kisses all around. Apparently, all the rats are going down on this ship together.

– The judge noted that celebrity attorney Mark Geragos had requested permission to join Clare Bronfman’s defense team – and gave the prosecution until Friday to raise any objections it may have about him representing Clare while his daughter, Teny Geragos, serves as one of Raniere’s defense attorneys. Daddy Geragos strutted into the proceeding in his blue sharkskin suit – and preened for the media outside the courthouse.

– Later today, Allison Mack, who was dressed in a black floral outfit, with her hair pulled back in a bun, will have her Curcio hearing. If it’s open to the public, we’ll have a report on what happened at it sometime later.

The next court hearing has been scheduled for March 18.

By that time or perhaps on that date we will see the superseding indictment released.

Click here to post a comment
CHAIRMAN CUMMINGS’ HOUSE AND OVERSIGHT COMMITTEE AND THEIR WITCH HUNT… CUMMINGS YOU AND YOUR PSYCHO LEFT ARE A DISGRACE (MY OPINION)!
Shadow: Who Is Protecting Emiliguano Salinas?