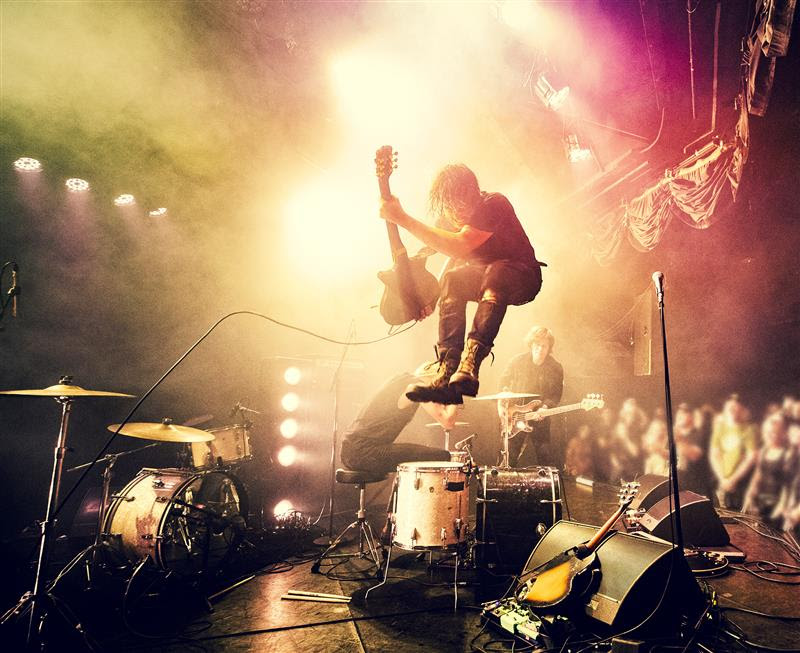 Mixed by Tony Hoffer (Beck, Depeche Mode), Mario Caldato Jr. (Beastie Boys), Vance Powell (White Stripes, Chris Stapleton) and Tchad Blake (Arctic Monkeys, The Black Keys) and mastered by Howie Weinberg (Nirvana, Jeff Buckley, Cage The Elephant), Hear Me Out was recorded in Saskatoon (Canada), Los Angeles and Seattle and is being released independently. Cook wrote/co-wrote/co-produced all of the tracks on the album.

In celebration of the album’s release, Reignwolf (Jordan Cook [vocals, guitar], S.J. Kardash [bass], Joseph Braley [drums]) is hitting the road for an intimate seven-city tourperforming at many of the venues where the band’s journey first began, including a sold-out show tonight at The Sunset in Seattle, the place that Reignwolf played their first show ever in 2012. The trio also stops in Los Angeles (March 4), Chicago (March 7), New York (March 9), Brooklyn (March 10), Toronto (March 12) and Austin (March 14-16 for multiple performances during SXSW). Additionally, Reignwolf will be stopping at local record stores along the way for special in-store performances and meet and greets as well as various festival appearances throughout the spring and summer.

Hailing from the Pacific Northwest, Reignwolf is a rock ‘n’ roll band known for their raw sound and high energy performances. Since debuting in 2012, their powerful live show quickly earned them a devoted following with appearances at major music festivals (Coachella, Lollapalooza, Austin City Limits, Glastonbury, Download) and dates opening for some of the most influential bands including Black Sabbath and Pixies. In 2014, Rolling Stone named Reignwolf an “Artist You Need to Know.” Yet over the past seven years, Cook and company have only rolled out a handful of singles, racking up over 10 million plays on Spotify…until now. In the fall of 2018, upon completion of a 34-date North American tour, the band stepped back into the studio to put the finishing touches on their full-length debut, Hear Me Out, which they’re finally ready to unleash to the world.