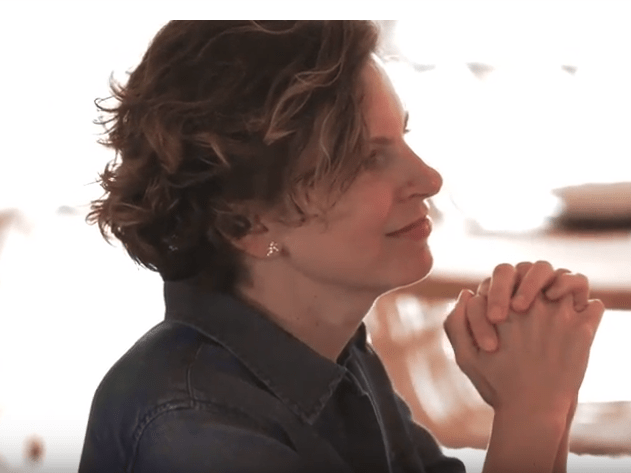 An attorney who has been closely following the Nxivm case, and in the past made several accurate predictions, had this to say about recent developments. By An Attorney with some inside perspectives Celebrity lawyer Mark Geragos was recently retained by Clare Bronfman. He’s a good attorney but his client is so guilty there’s only so […]

An attorney who has been closely following the Nxivm case, and in the past made several accurate predictions, had this to say about recent developments.

By An Attorney with some inside perspectives

Celebrity lawyer Mark Geragos was recently retained by Clare Bronfman. He’s a good attorney but his client is so guilty there’s only so much he can do.  There’s so much evidence against her.

Hiring him is however an interesting strategy because Geragos is good with the media.

This was a group of women who initially went into this DOS group voluntarily and arguably got sucked in where they could not escape, could not leave. And they were lied to about Keith Raniere’s role in it.

While Clare is not charged with sex trafficking or forced labor per se, I can still see Geragos, after the hearings, standing on the courthouse steps, playing to the cameras, saying, “All this was just a sex game between consenting adults. They were just role-playing S&M”.

That’s what he adds. Spin. I don’t think for trial chops he is all that good.

Still, I have to wonder what new revelation the prosecution revealed that Clare made up her mind to retain Geragos at this late inning.

The way the US Attorney’s office works is they give evidence incrementally to put pressure on defendants to plead. Maybe there was new evidence released recently and Clare got frightened and said: “What do I do now?”

Hiring Geragos is perhaps akin to a Hail Mary. One thing for sure, he’s not working pro-bono.

My guess is his retainer was at least $3 million.  He’s going to come with other attorneys, his support staff. He may take notes, but the others are doing the work that has to do with pleadings.

I think the superseding indictment will bring others into this case. Why bring on Assistant US Attorney Kevin Trowel for the prosecution, an attorney who specializes in public corruption, otherwise?

I suspect that emails or documents the feds have may have shown someone getting money in Albany and I think that’s why they brought Trowel in.

That’s the way Clare operates. She used others to do her and Keith’s dirty work.  She may have paid someone.  There may be a smoking gun. The prosecution may have found something in the emails that’s going to reveal a lot. This may be why Clare chose to retain Geragos.

I suspect that most of the lawyers playing their clients, giving them false hope.

I was in the courtroom. All the attorneys were jovial except for Allison’s lawyers. Those two guys were like they were at a funeral. That’s how the attorneys should be. They seem to understand that they have a very hard job versus the others whose attitude seems to be their clients are guilty, let’s get as much money as we can before they go to the can.

As for plea bargains, at this point, we’re heading for trial.  Kathy Russell could have helped herself but she’s so in the Nxivm bubble. Allison is still acting like Joan of Arc.

Besides, I think the prosecution doesn’t need the defendants to testify against Clare and Keith.  Someone else is going to testify for the government.  Maybe somebody at the lower levels. Some lower level bookkeepers, because the size of the scam was so big.  Certainly, some ex-members will testify.

If the original defendants wanted to plea, they would have done so by now. I think they all plan to go to trial. They may regret that later.  Vanguard will get life.   Kathy Russell five to seven years. She could have gotten nothing.  She wasn’t a target. She made herself a target by her grand jury performance where she selectively took the 5th.

I doubt the trial will take place on April 29th.  The superseding indictment will push everything back. The trial may begin by the end of this year, maybe even early next year.

There’s going to be a lot of money transfers, I think in the superseding.

We don’t yet know the extent of the money laundering and tax evasion because all the companies were set up to mask payments and mask the movement of money.  I think Sara Bronfman may be indicted. She had a large hand in the finances.

She will likely not return to the US. If she did, she would be under house arrest, looking at a prison sentence. She has two young kids, she’s got unlimited money and her husband is a shady Libyan who tried to take over the country, using her money.

I predict if she is indicted, she’ll try to avoid extradition. She might even get a yacht somewhere – with her kind of money, a lot of things are possible.  I do not know if she would be – with all her money – be able to avoid extradition from France.  She might be able to persuade French authorities that – with suitable payments, investments, whatever, that the charges against her are false.

Since there are no murder charges just financial crimes, I don’t know, the French may see it her way.

Click here to post a comment
Nice Guy: Raniere could have led the life of playboy had he not been stroking his narcissistic ego by keeping “slaves”
Guest View: Leave Sultan of Six alone and Kristin Kreuk too!