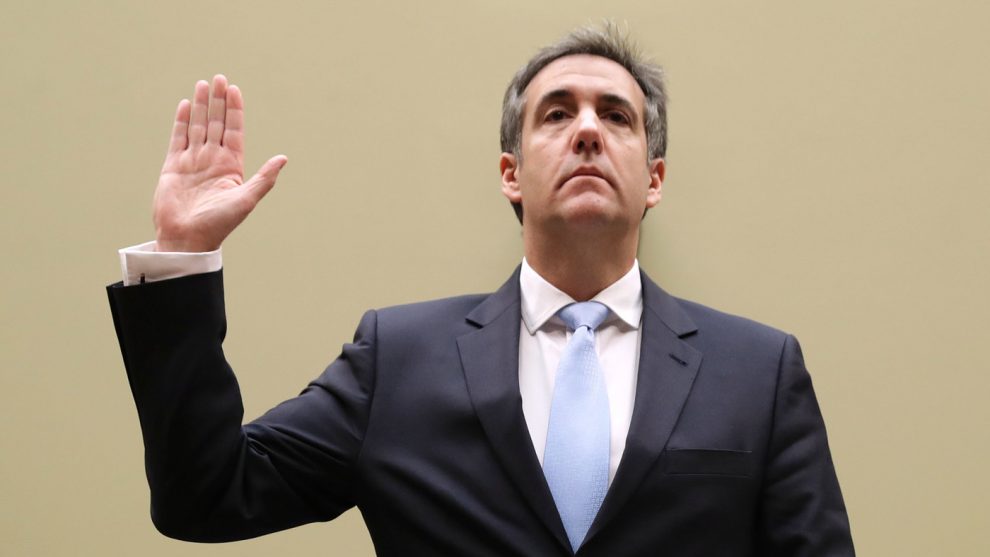 If you watched the Democrat’s little circus this week in front of the House Oversight Committee, you may have been alternately angered and amused. The Cohen hearing was an echo of the Kavanaugh hearings. It was a blatant misuse of that hallowed room in the Capitol. Here’s what I wrote for Fox News:

Congress and the corrupt Washington Establishment set a new low for abuse of power Wednesday with the testimony of Michael Cohen before the House Oversight and Reform Committee.

Cohen’s testimony is not credible. He has a demonstrated record of not only lying to Congress, but of violating his ethical duties as a lawyer.

Cohen’s testimony did more than abuse Trump’s rights. Congress benefitted from this abuse and arguably obtained confidential documents belonging to President Trump in violation of its own rules, the president’s rights and the law.

Sure enough, the Democratic-controlled hearing was set up through Clinton, Inc., consigliore Lanny Davis, who is representing Cohen for free.

For example, on October 20, 2010, lawyer Davis wrote Hillary Clinton an email saying: “Thank you H for who you are and what you do,” followed in the exchange by another with “PS. I swear you look younger and better every time I see you, Good night dear Hillary. Lanny.”

So as we witness Cohen – with encouragement from Democrats – trampling over the rights of President Trump, remember this abuse would never have happened without the involvement of Team Clinton.

The Clinton team and Democratic National Committee directly colluded with the Obama Justice Department and FBI to target Donald Trump during the presidential campaign.

This led to illicit spying on Trump and his team, an attempted coup by pro-Clinton Deep Staters, and the related appointment of a special counsel to try the further the aim of overthrowing President Trump.

And now the coup effort continues through hearings featuring Cohen this week set up in collusion with Hillary Clinton’s closest associates.

Why would Democrats, who cheered for Cohen to be indicted just a few months ago, now give him a platform to speak to the nation?

The answer is simple: They’re still not over Hillary Clinton losing the 2016 election to Donald Trump.

At the hearing Wednesday we witnessed history. Unfortunately for the reputation of the House, it is the type of history that will live in infamy.

We have a federal Freedom of Information Act lawsuit pending for Michael Cohen’s alleged influence peddling and fraud related to his attempts to cash in on his relationship with President Trump. Also, we recently sent an official complaint to the Justice Department’s Office of Inspector General (IG) calling for investigations into leaks of information about Special Counsel Robert Mueller’s investigation. The complaint asks for an investigation of leaks to BuzzFeed suggesting that President Trump directed Michael Cohen to lie to Congress.

Neither the abuses of power in an effort to end the Trump presidency, nor Judicial Watch’s relentless legal efforts to expose these abuses to the light of day will end soon.