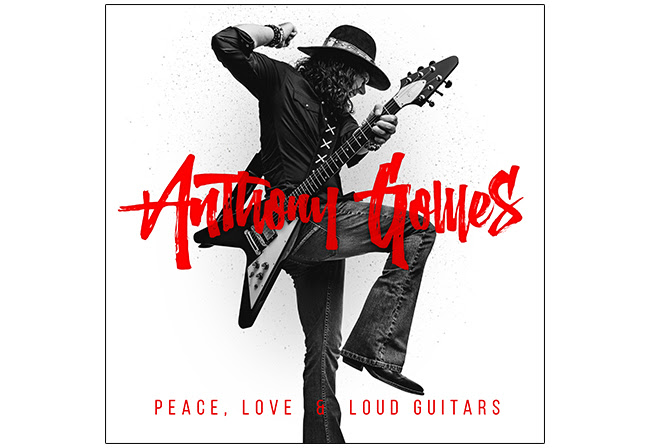 Gomes’ highly anticipated album release has been met with high praise and accolades. Blues Rock Review named ‘Peace, Love & Loud Guitars’ as the “Best Blues Album of 2018”.  While Oscar Jordan in Vintage Guitar wrote, “His new album, Peace Love & Loud Guitars, continues that message with big tones and is a call to bring people together… equal parts down home blues and hard rock, it’s the finest album of his career.”

In addition to hitting #1 on both the iTunes Blues Chart and Amazon’s New Release Blues Chart, the first single, Come Down, has earned over 460,000 views on Facebook and has been included on Spotify’s In The Name Of The Blues curated playlist.

Gomes expects to tour for the next year in support of the album with stops in Europe, Canada and the United States. Anthony, joined by bassist Sean Holland and drummer Jeremy Howard, will be showcasing songs from his latest release as well as performing fan favorites from past albums.

Why pop art is just as relevant today as it was in the 1950s
Manorlady pays homage to Santa Cruz in gazey new single, “Slow Coast”