By Heidi Hutchinson Nice Guy had some doubts about how Joe O’Hara or Toni Natalie — intelligent and excellent as they are in their professions but who seem to lack super advanced high-tech skill — or even a complete tech nincompoop like myself — managed to come under any suspicion for alleged “computer trespassing.” My short […] 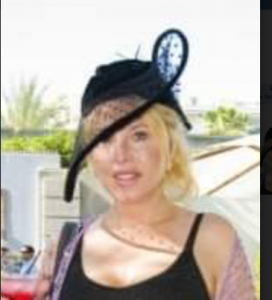 By Heidi Hutchinson Nice Guy had some doubts about how Joe O’Hara or Toni Natalie — intelligent and excellent as they are in their professions but who seem to lack super advanced high-tech skill — or even a complete tech nincompoop like myself — managed to come under any suspicion for alleged “computer trespassing.”

My short answer: We were set up and computer trespassing isn’t anything close to hacking.

BTW, I wasn’t named in the original police report. I was identified later as the 4th trespasser they needed to find for the charges to stick and managed to stay unidentified until the statutes passed.

No trick to that. I just gave up internet use when I finally figured out they were on my tail. And, boy, were they ever. Apparently, they needed to identify my login info or VPN to seal the charges on everyone else.

There was also other “unidentified” mentions of me in State Trooper Rodger Kirsopp’s police report over allegations that were totally fabricated, disprovable and were dismissed against other named, alleged perps.

I’ve mentioned previously that Joe, Toni, a few of us involved in the 2009 – 2012 Times Union story were permitted to contact one another after giving our individual interviews. Mostly, we were in contact helping (trying to) other victims concurrently being chewed up in the Nxivm litigation jaws, helping the TU tie-up some story angles by obtaining records and such and doing some crying, well, we gals were, commiserating and catching up.

Toni, especially, was on a mission to save the “foundling” Gaelen. She had some horror stories about how KAR tormented her own son when they were together and was anxious to spare the “rescued orphan” from a similar fate.

As Frank and Claviger have written about, even with a potentially kidnapped child’s life at stake, no one would investigate. Then, a miracle happened.

An Albany State Trooper named Roger Kirsopp appeared to save the day. Toni was elated. We all were.

Finally, SOME law enforcement help. I remember dancing around singing with Toni the old Roger Ramjet theme song: “Roger Kirsopp, he’s our man, hero of our nation, for his adventures just be sure and stay tuned to this station! Now, come and join us all you kids for lots of fun and laughter as Roger Kirsopp and his men get all the crooks they’re after!”

Little did any of us suspect the “orphan” was Kristin Keeffe and KAR’s son and Trooper Kirsopp was already working with Keeffe, and the Bronfman sisters’ attorneys (Steve Coffey and Pam Nichols).

I remember getting anxious when time went on and there were no updates on Gaelen. I guess I’ve always had my suspicions about Kristin Keeffe and not without reason. I was also finding it hard to believe if a child were missing, there wouldn’t be an amber alert going off somewhere. But Kirsopp never once let on that the cult’s story might not be true, or whether it did or didn’t check out.

Toni provided all the elaborate details circling about the cult — that Gaelen’s parents had died in a car crash in Michigan. Barbara Jeske and Kristin Keeffe traveled there to rescue the orphan, etc. The TU, Jim Odato, even followed up on it. But, again, Kirsopp just kept stringing us all along, pretending he was on the case while only making one against us, long after he apparently knew about Gaelen.

I remember Jim Odato was mighty embarrassed he’d reported the misstatements that Gaelen was a foundling,

Kirsopp was telling us to wait and be patient, that NX is going to do what all crooks do. They’ll eventually mess up and he’ll be there to catch them. We were left wondering how much more time-critical does it get than a potential kidnapping?

Kristin Keeffe already filled in some of the blanks on the public record. Kirsopp was making a case alright — against an evil band of computer trespassers who allegedly logged onto NX servers using a name and password generously doled out by the NX member or “contractor” mind you — remember they’re all independent contractors — who owned the account.

None of us were under contract, had any privacy agreement or relationship with NX. In fact, as Toni Natalie told Kirsopp, she was doing due diligence to investigate Gaelen’s disposition when Kirsopp wouldn’t at least allay our fears about the “foundling” even Kristin Keeffe later claimed WAS being gruesomely experimented on.

Shortly after the TU story came out, the raids happened, and the computers were confiscated. This was not happy news for me even though my computer was safely lodged under the ocean. I probably exchanged a couple hundred emails during the TU story development. Those emails belied my greater role in investigating NX’s west coast affairs, especially, beyond Gina’s story I’d shared on record.

I immediately retired my computer over a cliff when I realized the gravity of the situation.

Still, NX managed to find me online on rare occasion, before I just gave up on the web altogether after they bugged my router — who knew that was possible? I was often treated to word-for-word email and other content I’d exchanged with Toni, Joe and Jim Odato and some of it poised very threateningly.

I was also often invited to Clifton Park under some ruse or another and only learned about “jurisdiction” issues from Frank.

So, who were the true computer criminals and who were the hapless victims just trying to help prevent others from becoming so?

Click here to post a comment
The “Russians” have been meddling in our elections for longer than you know.
Judge Dismisses Lawsuit Against MDC – But Allows For Reinstatement If Inmates Are Named As Plaintiffs