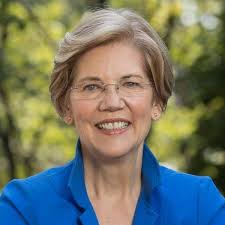 Although the titanic struggle in the Democratic Party between its moderate and liberal/socialist wings has yet to be decided, one thing is certain: the candidacy of Senator Elizabeth Warren of Massachusetts is going nowhere.

Warren is a darling of class-warfare-loving leftists. She inspired President Obama’s Consumer Financial Protection Bureau, and thus can take partial credit for the tepid growth of the Obama years (especially the tepid part).

Although her “progressive” economic philosophy bears a striking resemblance to the socialist vision of Bernie Sanders, Warren passed on endorsing Sanders in 2016. Instead, towards the end of the nominating process she embraced the stultifying candidacy of Hillary Clinton, assuming, no doubt, that she would surely triumph over Donald Trump. When Clinton fizzled, Warren got the worst of both worlds: Sanders supporters viewed her as a sellout, while her association with Hillary, a two-time presidential loser, paid no political dividends.

The bad news kept coming. In October 2018, Warren decided that, in preparation for a presidential run of her own, she had to preemptively defuse the charge that for years she had falsely claimed to have Native American ancestry. The method she chose was unfortunate: she trumpeted genetic test results that indicated that she is, at best, infinitesimally Indian — in fact, she may even be less Indian than the typical white American. Her claims to Native American heritage thus became laughable, whereas before they were merely suspect. President Trump’s perceptive mockery of Warren as “Pocahontas,” and her inability to respond effectively, sealed the judgment of the mainstream media: Warren had been bested by the Belittler-in-Chief.

Nonetheless, Warren persevered, and on February 9th she launched her presidential campaign with great fanfare in Lawrence, Massachusetts. Weeks before, her stilted appearance in a campaign video, offering her bemused husband a beer, had elicited guffaws, but in Lawrence her fiery speech roused the liberal base. More than a few Democrats were wowed by her intellect and by her obvious passion for throttling Wall Street fat cats.

Warren struggled vainly, however, to break into the double digits in nationwide polls of Democratic primary voters. In fact, since February 9th, Warren hasn’t reached that critical threshold in a single poll, and her trendlines have been pointing downwards. Alarm bells are sounding in Taxachusetts, and with good reason.

The worst was yet to come, however, as Bernie Sanders announced his own candidacy on February 19th. This was a double blow to Warren. Not only did Sanders threaten to siphon off many affluent, educated white liberals who otherwise might have found a natural home in the Warren campaign, but in addition Sanders quickly surged to the top of the polls in the all-important New Hampshire Democratic Primary. For Warren to capture the Democratic presidential nomination, she absolutely must win New Hampshire (much of the state is essentially a bedroom community for Boston: the heart of Warren country). Bernie’s star power in the Granite State makes that next to impossible. In fact, Warren is currently running in fourth place in New Hampshire — behind even Senator Kamala Harris of California. Ouch!

Additional revelations about Warren’s “Indianness” may prove to be her undoing. The Washington Post unearthed evidence that she had, in 1986, listed her race on an application to practice law in Texas as “American Indian.” The persistent rumor that she had disingenuously claimed to be Native American in the formative years of her legal and academic career, in order to benefit from minority status, seemed to be confirmed. Her recent sop to Native Americans — a promise that they too should be “part of the conversation” on reparations — can’t undo the severe damage to her credibility.

Warren remains a force in the Democratic Party, and she remains near the top of Democrats’ vast field of Presidential candidates — for now. It appears very unlikely, however, that she can win the nomination. As more liberal and more authentic candidates steal her thunder, Warren may eventually come to the conclusion that the best she can hope for is the Vice-Presidential slot. Chances are rising that she will drop out of the race before a single caucus or primary vote is cast.

That would chagrin President Trump, who clearly relishes the idea of running against a “phony Indian.” Warren’s tin-eared version of crypto-socialism would also have been a perfect foil for a President who has achieved massive economic and job growth.

Alas, Republicans will have to look elsewhere for their nemesis. Warren is a clunker.

She may not be the Democrats’ biggest loser in 2020, but she is their first.