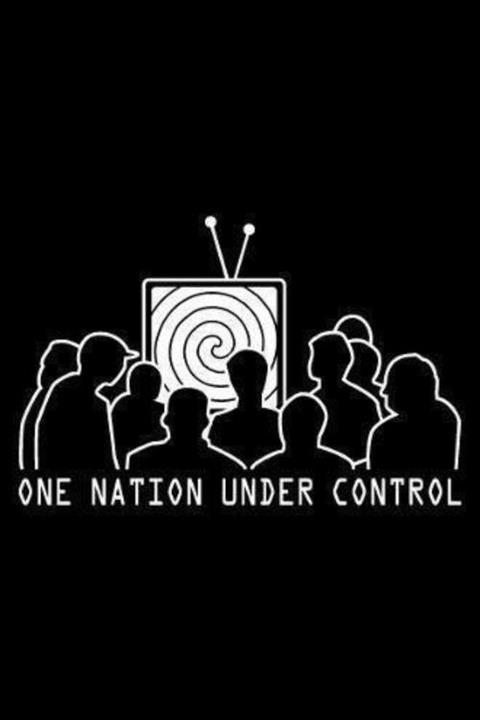 If you tell a lie big enough and keep repeating it, people will eventually come to believe it.

Propaganda, Psychiatry and the Tavistock Institute

This article is a tribute to and a thank you to Dr. John Coleman, who without him, the existence of and the unmasking of the Tavistock Institute would hitherto have remained unknown.  The Tavistock Institute is the premiere propaganda machine that has been creating and shaping public opinion since its inception in 1913. (Parts of this article are taken from an interview with Dr. John Coleman).

The narrative of the ‘Russians’ is true.  Our elections have been being tampered with. But, not in the way it has been portrayed, and it was not only the 2016 Presidential Elections, and it was not really the Russians.  What?

Yes, there was an element of the truth in there, but the rest is a lie.

Propagandists utilize a very effective albeit covert way of getting one to believe something is true when in actual fact it is a huge twist of the truth.  In other words, it’s a lie. They change the meanings of words, and inject  ’just enough’ truth into the equation to make it seem plausible, and they repeat the lie over and over again.  They can make people believe things that are not true by utilizing this classic tool used by the Propagandist to mold the public thinking to the agenda being pushed.

They label anyone who seeks to expose them as ‘crazy’ or conspiracy theorists.

Nancy Pelosi openly admitted to this on Oct. 7, 2018 on C-Span when she said,

“You demonize, you smear somebody with falsehoods and all the rest and then you merchandize it.  And then YOU (the press) write it and they’ll say, See? It’s reported in the press, … so they have that validation that the press forwarded the smear, and  it’s called, The Wrap Up Smear.  Now I’m going to merchandize the press’s report on the smear that we made.  It’s a tactic.”

Regarding  the ‘Russians meddling in our elections’ propaganda campaign, there is enough ‘truth’ to make a section of the public believe that the only election that the Russians meddled in was the 2016 election.

However, it is not the whole truth, and it’s not really the ‘Russians’.

Believe it or not, the fight is not really between the far left and the far right.   The political fight being played out today has been CREATED by a hidden third party propaganda machine called, The Tavistock Institute.

The Tavistock Institute was founded by James Rawlings Rees, Elliott Jacques, Wilfred Bion, Isabel Menzies Lyth,  and Henry Dicks – all of them psychiatrists.

The Tavistock Institute was formed to propagandize the public into believing that war was a good thing.

It all began in 1913, at Wellington House where the secret British War Propaganda Bureau was installed. The first task was to propagandize the British people into entering into WWI. The Brits did not want to go to war. The queen was a relative of Kaiser Wilhelm. The British people were propagandized into wanting to go to war with Germany by showing them images of Wilhelm standing next to children that he supposedly killed with a revolver.

Prior to this, the British were 80% against the war, but after the propaganda campaign, the Brits decided that it was a good thing to go to war.  The French were also propagandized into believing that they should go to war as well by signing a pact with France which stated that if they went to war, the Brits would help them out.

If they could get everyone in conflict and arguing then they will decide to go to war. The Tavistock Institute’s mandate was to propagandize public opinion so as to get us into wars – to shape the resistance to war into one of WANTING war.  The Institute was first financed by the Royal Family and then the Rothschilds who have been financing almost every single war on both sides of the conflict so as to reap the rewards no matter who won.

Together with the CIA, The Tavistock Institute created the project Called MK Ultra (Mind Kontrol Ultra) for the manipulation of people.  The plan was to be carried out for the next several 100 years.  What we are seeing in society today is a product of this project.

The ‘strange’ societal changes that we are seeing today that are becoming ‘normalized’ such as mental illness, gender fluidity, Electroshock, drugs, identifying as something else, mass vaccinations,Socialism,  etc. all come from Tavistock.

Every single thing that is being normalized and shoved down our throats has the end goal of slavery.

16 billion dollars a year is currently being paid for by taxpayer money through a network of foundations to conduct massive psychological experiments on us. .  (See article entitled,”Is the government Conducting Psychological Operations on United States Citizens? July 8, 2018)

Tavistock is a think tank based in the City of London which gets its money from America.  The goal is to breakdown the psychological strength of the individual and render him helpless to oppose those in control while demoralizing the population.  It is done through programs that break down the family unit, promote and incentivize fatherless homes, create and promote racism, religious and political divides, remove a sense of honor and patriotism, create conflict between ethnicities and sexes, remove the concept of right and wrong and allegiance to parents, the dumbing down of America, drugs (and yes, the legalization of marijuana is part of it), the feminist movement, et al.

The big media conglomerates  of ABC, NBC, FOX, CNN, MSNBC are all part of the Tavistock institute’s Social Engineering of the Masses.

The term ‘mass brainwashing’ was coined by the institute to make people believe that the massive lie that they were being fed was the truth. The aim was to convince them so well that the people who were totally opposed to something previously, would now change their minds to the exact opposite direction in support of the things that they once abhorred.

Today, anyone who is patriotic or stands up for their country is branded a racist, homophobic, Nazi.

The Tavistock Institute has been controlling the President of the United States since its formation.  President Trump is the first President in history who has not been controlled by Tavistock and they do NOT like it.

Woodrow Wilson spent almost a year tearing down the protective trade tariff’s which defended the  American Domestic Market from being overwhelmed by free trade essentially allowing cheap goods with cheap labor from India.  This is the same thing that has been happening with Clinton, Bush, Obama with the free trade agreements which decimate the American economy. Trump is putting them back in place.

Wars are created on lies.  First there must be an enemy and the leader of the country of the enemy must be portrayed as an absolute monster.  Just like was done with Saddam Hussein, Gaddafi.

Any leader who does not follow the mandate of the Tavistock institute gets branded as a monster.

There is no college in the US today which teaches the Constitution.  Instead, they are indoctrination camps which push the mantra’s put forth by Tavistock.  Socialism, Liberalism, Progressivism, Gender Fluidity, Open Borders.  This list goes on.

Make no mistake – you are living in a psychiatric social experiment.

END OF PART ONE

Click here to post a comment
Medicare Part A Enrollment When Still Working
Heidi: How NYS Trooper Kirsopp pretended to be investigating Nxivm while really seeking out Raniere’s enemies