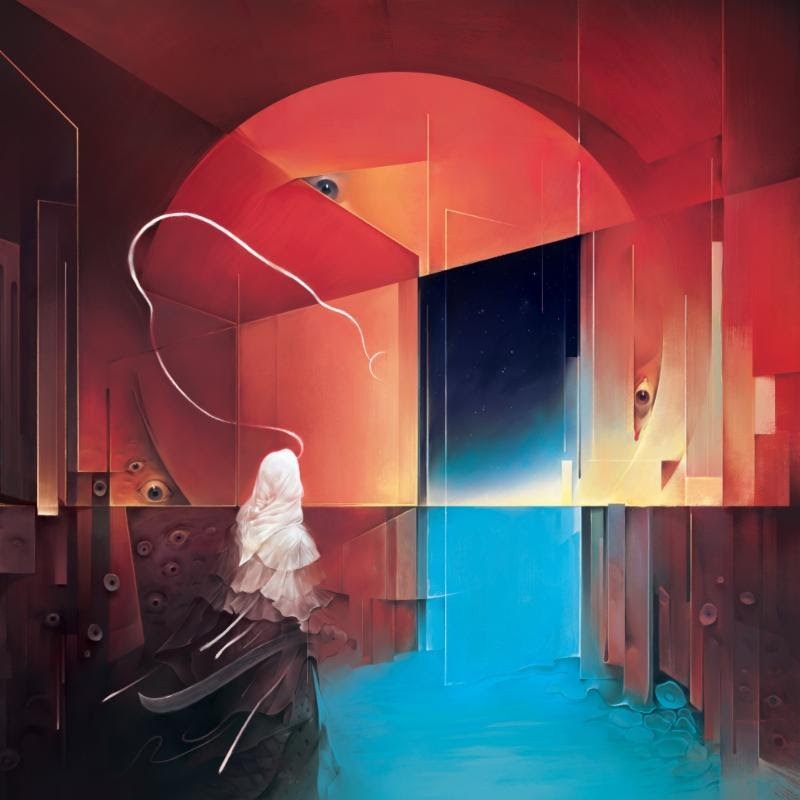 Monument
The Company KC
19 April 2019
Des Moines, Iowa-based psychedelic/stoner metal trio DRUIDS have been making their rounds in the underground for the better part of a decade, but are poised to break out in 2019 with what will prove to be their most confident and explorative effort to date. The trio’s brand new five-track record, Monument, is scheduled for release on April 19, 2019 via The Company KC.

Today – aptly demonstrating their objective of creating music that is loud, crushing and beautiful while painting lush, vast soundscapes – DRUIDS are leading with a brand new track, “The Whip”. The unrelenting, blues-hybrid head-bobber offers a small glimpse of the heaviness of Monument without spoiling the album’s more mind-bending, experimental contributions. Check out the lyric video below.

Though Monument is an absolute classic metal-inspired riffscapade on its surface, there’s much more lying beneath its sonic exterior. Amid the ebb and flow of atmosphere and groove-heavy passages, the album tells a story – inviting the listener on a journey through the afterlife. Each song on Monument depicts the experiences of mystical worlds that the story’s protagonist encounters after death, and ultimately grows from. Some lessons are beautiful, and some brutal. Although they have departed from their world, they are still learning and growing as a spirit.

Guitarist/vocalist Luke Rauch says, “There are personal experiences in the lyrics, as even now, I feel the band and myself growing in the way the character does.”

Monument was produced by Brandon Darner, engineered and mixed by Micah Natera, and mastered by Doug Van Sloan.

DRUIDS will hit the road next week on a brief tour of the U.S. Midwest – including a stop at SXSW – taking a break in May before picking back up for three east coast dates with Modern Life is War in early June. See below for all confirmed tour dates:

DRUIDS first laid their destructive groundwork over two releases – Pray for Water and The Sound of Meditation (released in 2009 and 2013, respectively) – continually looking to push their own personal boundaries, physically and sonically. With the release of 2016’s Cycles of Mobeum, the boys embarked on a full year of heavy touring all over the United States, giving audiences in unsuspecting cities a heavy, cathartic live show, awash with wailing guitar solos, rhythmic drumming and chunky, grooving bass-lines. They took to the studio in early 2017 to record their follow up, Spirit Compass, with producer Brandon Darner (David Keuning, Radio Moscow) to shape what would be a smoldering follow-up.