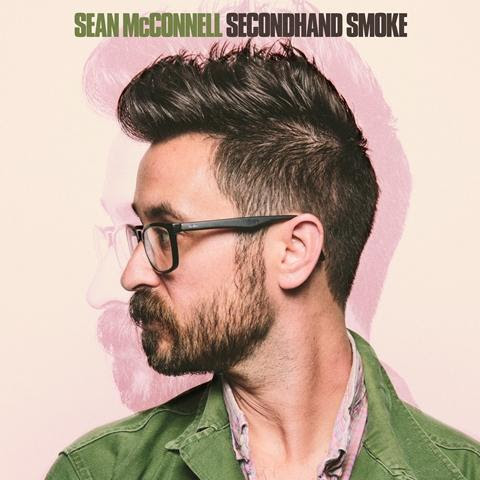 Singer/songwriter Sean McConnell  just released his new album, Secondhand Smoke, on February 8th and will be starting his U.S. tour in March with a date @ The 9th Ward in Buffalo on March 20th.   Might you be interested in a preview/review of the show?

Secondhand Smoke is Sean’s 13th album and has been getting rave reviews.  The album is a 13 song cohesive collection of modern folk music asking provocative questions about how we become who we are, what and whom we love, and the growth, pain, and freedom that come with accepting that some answers might elude us forever.

Sean has long been known as one of the go to songwriters for such artists as Tim McGraw, Brad Paisley, Brothers Osborne, Meatloaf – to name just a few who have recorded his songs and recently he had his first #1 Country song with Brett Young’s “Mercy” which the two wrote together.

Acclaimed singer/songwriter Sean McConnell’s new album Secondhand Smoke was just released on February 8th via Big Picnic Records. Produced, recorded and written byMcConnell in his Nashville home studio, Secondhand Smoke is a striking intimate portrait of life’s intricacies. “These are stories that people are familiar with,” addsMcConnell, “and they steer the ship in a certain direction, then leave you off at this ocean of possibilities that we didn’t plan on the story taking us to.”
Sean has a way of taking familiar stories––often with biblical roots––and revealing what they say about all of us now. In Sean’s hands, tales that once felt specific, or even narrow and unapproachably religious, unfold into universal longing and exchanges that feel like they were pulled yesterday from our own backyards.
“There’s a purity that pours through in Sean McConnell’s latest album, Secondhand Smoke, as he calls upon 13 sincere and inspiring songs to explore his definition of the meaning of life and connect it to the world around him…….With a voice that’s quiet, yet powerful, McConnell creates a well-rounded album that tackles complex subject matter with intellect and empathy. Between his striking voice and ability to captivate one’s vision with his lyrics, McConnell creates an imaginative world while taking a deeper look at the one we live in”. NO DEPRESSION
“The long-time singer songwriter takes an artesian’s approach to his new album “Secondhand Smoke’ crafting each song himself, playing most of the instruments, using his years of songwriting experience to create modern folk music that is instantly relatable”.
NPR/WHRV “OUT OF THE BOX CD” W/Paul Shugrue
“Sean McConnell’s 13th album is Secondhand Smoke, a record that further demonstrates his mastery of contemporary folk music.  At the heart of the album is “Rest My Head”, an appropriately cinematic piece of music that marries elements of gospel, the Southern Gothic tradition, country, folk, and hints of pop music. Not only does McConnell deliver a heart-stopping vocal performance but he crafts a lyric that relies on a series of familiar lyrical themes that would feel like clichés in less capable hands but instead, given McConnell’s passionate performance and musical attack, feel like revelation”.
POPMATTERS
“With some gorgeously recorded acoustic guitar, intricately descriptive lyrics and intimate vocals, Sean McConnell’s “Greetings From Niagara Falls” is a beautifully simple earworm of a song”. PARADE
“On Secondhand Smoke, he taps renowned Nashville gospel quartet the McCrary Sisters to lend their voices to new song “Shaky Bridges.” The inspiring track considers the challenges presented by staying true to one’s self and features some of McConnell’s most soulful vocals to date, with the McCrary Sisters adding powerfully rendered harmonies”.AMERICAN SONGWRITER
“Sean McConnell is a nostalgic mood, remembering his childhood car rides in the shotgun seat of his dad’s smoke-filled sedan. There’s barely any percussion here, with“Secondhand Smoke” rooting itself instead in puddles of arpeggiated guitar and the stirring swirl of McConnell’s voice. Like Brett Young’s “Mercy” — a chart-topping power ballad co-written by McConnell — “Secondhand Smoke” is both understated and stately, ignoring the usual country-pop fireworks while still delivering a palpable bang”.
ROLLING STONE COUNTRY
A long renowned wordsmith, hundreds of thousands deep have turned to McConnell for that kind of musical exploration for almost 20 years. Tim McGraw, Martina McBride, Brad Paisley, Rascal Flatts, Meat Loaf, David Nail, Brothers Osborne, Buddy Miller, Plain White T’s and many more have all recorded his songs––a dizzying list that spans not just styles, but generations. Recently, he earned his first No. 1 single on country charts with breakout artist Brett Young’s delivery of “Mercy,” which the two co-wrote. As a performer, Sean McConnell has the keen ability of drawing in his audience. His sound––a stunning warm tenor painting vivid stories over acoustic guitar often cushioned by keys or other strings––has prompted a diverse range of music scenes from the storied Boston folk community to Texas’s defiantly self-sovereign camp to warmly claim McConnell as one of their own.