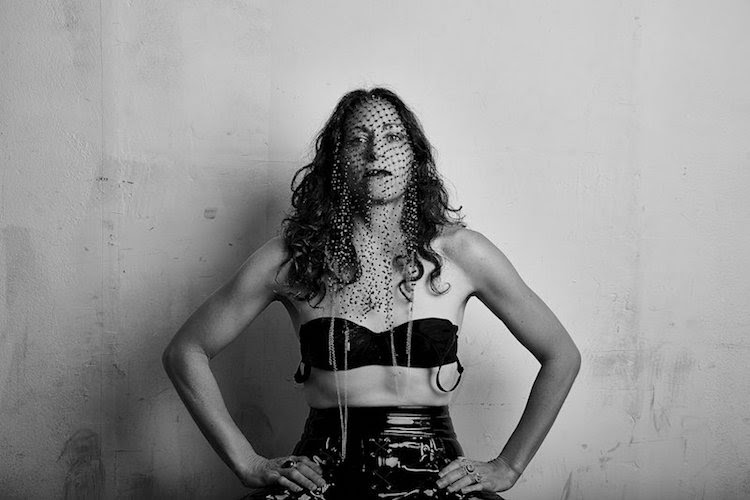 Having spent the majority of her life conquering the music industry, beginning at age 15 as a guitarist for the pop-punk band Noise Addict, Romy is no stranger to reinvention. Her latest endeavor, a solo dance-punk project under her own moniker, combines her success as a club DJ and penchant for new wave luminescence. The sum of time and toil, Romy’s debut album Celluloid Self will be released on April 12 via C L I M A X ! Records.

“The video is a cinematic experience, much like the album itself,” Romy says of the video. “Creating a slow building narrative was important to both myself and director Samuel Bennetts. The video is a revenge, a reckoning with self, an ode to ritual, and a resolve for women as a collective.”
The post-apocalyptic glint of Celluloid Self relents for no one, building in urgency with each track. From the electro jitters of album opener “Flux,” to the gossamer synths of “Parasols,” the LP’s eleven tracks pay direct homage to the sounds of Romy’s L.A.-based club night HOMOCCULT. A renaissance woman with a world’s worth of past lives, Romy also channels her hip-hop past as the creative force behindMacromantics throughout the album’s runtime—a tribute especially evident in the sprechgesang vocals that drive the snare groove of “Mother’s Child” and “Normal Day.”
Romy has played shows with artists such as Xiu Xiu, Poptone, TR/ST, Cold Cave, Front 242 and Severed Heads. She has also co-written songs with other artists for various projects, is currently composing music for a couple of short films, and is working on a book of writing and drawings to coincide with the release of Celluloid Self.
Celluloid Self will be released on April 12 via C L I M A X ! Records.