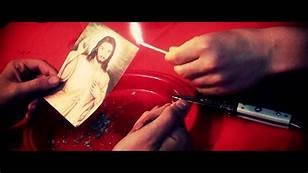 Disenfranchise, high-degree Masons, can be found on the Internet and in documentaries where they relatively compare their experiences with Freemasonry to an onion; being brought to tears peeling away the many layers of Masonic order. Only to discover at its core, Freemasonry requires rejection of the teachings of the Gospel. That at the deepest level demands obedience to perjure, to torture and to commit murder.

In as much as, a Mason initiate swears a blood oath that if he ever reveals the secrets of Masonry – even secrets that are trivial and already well-known – he wills himself to be subject to self-mutilation or to gruesome execution.

In 1826, Captain William Morgan, a high-degree Mason, made Masonic secrets public in his book “Freemasonry Exposed.”  The “Masonic Handbook,” forebodingly, boast Captain Morgan was murdered by Masons, as follows:

“… hold yourself in readiness, if called upon, to cut his throat from ear to ear, pull out his tongue by the roots, and bury his body at the bottom of some lake or pond. Of course, all this must be done in secret, as it was in the case of that notorious man Morgan, for both law and civilization are opposed to such barbarous crimes, but then, you know you must live up to your obligation…“ — Edmond Ronayne, “Masonic Handbook,” (page 74)

By design, the Freemasons ensure their ranks are composed of people from all levels of the government, legislature and judiciary, where their oath of obedience compels these officials to assist fellow Mason’s in secret. More specifically, shield them from prosecution and, if convicted, mitigate the consequences.

This form of Masonic nepotism and protection seduces most any person whose moral compass is determined by their desire for rapid upward mobility in their career and lifestyle.

Exploiting this human frailty had enable Freemasonry to infiltrate the priesthood and then, Hierarchy of its greatest adversary, the Catholic Church; where disenfranchise Mason’s to support the allegation direct attention to the Masons list from the Bulletin de l’Occident Chrétien Nr.12, July, 1976, (Directeur Pierre Fautrad a Fye – 72490 Bourg Le Roi.), indicating Pope John Paul II, was voted in by the deciding votes of secret Freemason Cardinals. Namely, Cardinal Sebastiano Baggio, alleged to be a Freemason (code name: “Seba”), who is also Prefect of the Sacred Congregation of Bishops that appoints new Bishops.

Logically, because of his advanced age arguably John II only lived to become Pope due to the mysterious and untimely death of his predecessor, only two months in office, believed poisoned.

“Freemasonry displays all the elements of religion, and as such it becomes a rival to the religion of the Gospel. It includes temples and altars, prayers, a moral code, worship, vestments, feast days, the promise of reward or punishment in the afterlife, a hierarchy, and initiation and burial rites.”

The Catholic Church imposed penalty of excommunication for any Catholic joining a Masonic Lodge is explicit in the 1917 code of canon law (canon 2335) and made implicit on November 27, 1983 code (canon 1374).

The Vatican Bank became a main shareholder in Banco Ambrosiano, under the control of what should be excommunicated Catholic, 33 degree Master Mason, Roberto Calvi — dubbed by the press “God’s Banker” (“Banchiere di Dio)” given his visible close association with his Holy See, Pope John II.   Roberto Calvi belonged to the “Freemasonry lodge,” known as Propaganda 2 (“P2”).

Gaining access to the Pope and Vatican Bank result in the transfer of $27 billion dollars out of the country and with it the laundering of ill-gotten gains of the Italian Mafia plus nearly a quarter Billion dollars of Vatican Bank funds that, ultimately, goes un-accounted for, embezzled.  The Vatican Bank is forced to pay back this money to its depositors.

Master Mason, Roberti Calvi, fled Italy upon discovery of his crimes. He resurfaced, hung from the Blackfriars Bridge, in London, with two bricks in his pocket. 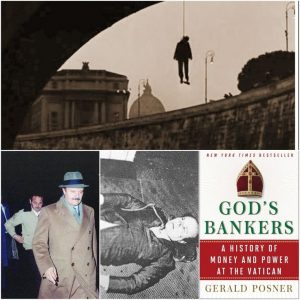 Notably, the P2 Lodge members refer to themselves, as “frati neri” translated Black Friars. Bricks in a victim’s pocket historically denote they were killed by Freemasonry.  Police ruled Calvi death a suicide.  Private investigation into the matter proved absolutely, otherwise.

Before the scandal broke, Roberto Calvi allegedly met with his co-conspirator P2 Master Mason and Mafia Chieftain, Sergio Vaccari.  Shortly thereafter, found at home with 15 stab wounds to his face and neck. Vaccari is also found bricks in his pockets.

Police did not link the deaths at all.  Irrespective the Police also found a document containing a list of prominent members of P2 in his apartment — substantive proof he was a high level Freemason.

In 1991, a confidential police informant reported that Roberto Calvi was murdered on the orders of P2 Licio Gelli and Sicilian mafia boss Giuseppe Calo, as Calvi knew too much and partly as punishment for money owed to P2 and consequently, the Mafia.

Prosecutors brought charges against Giuseppe Calo, gangsters Flavio Carboni and Ernesto Diotallevi, Carboni’s ex-girlfriend Manuela Kleinszig and Calvi’s former driver and bodyguard Silvano Vittor.  Their trial in Rome began on October 5, 2005, but after 20 months of evidence all five were released in 2007 when the judge proclaim there was insufficient evidence.  The unfavorable and objected to decision raised eyebrows of prosecutors and journalists watching the trial.

Notably, disenfranchise Mason’s say it is not a coincidence that members of the Italian Mafia and Freemasonry take identical blood oaths. Both are interwoven in corruption, with Italian authorities investigation of Freemasonry, in the 1980’s.

The Police raid on the Arezzo house of a Grand Master of the Freemasonry in Italy, Licio Gelli, (April 21, 1919 – December 15, 2015) led to discover of a list containing 962 names of influential state officials, important politicians and a number of military officers. On the list are the names of the heads of the three Italian secret services and their rival counterpart members of the Mafia.

La Repubblica dubbed Licio Gelli “Belfagor” (translated “the puppeteer”) as he had been an Italian “financier’ liaison officer between the Italian government and Nazi Germany as well as played a key role in 40 years of scandals against the Italian republic. That includes the Borghese coup, the Sindona bank scandal, the Calvi murder, the Moro assassination, the mafia and tangentopoli, as well as allegations of him using his influence in insulating the Mafia from investigation and prosecution.

In 1970, during the failed Borghese coup, Gelli was delegated the role of arresting the Italian President, Giuseppe Saragat.

The Police raid on Gelli’s home resulted in exposing Roberto Calvi and what became known as the Banco Ambrosiano scandal. 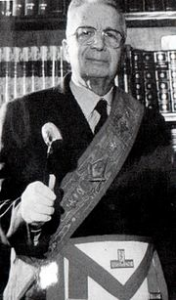 Dubbed the “Puppeteer” Licio Gelli, Masonic leader of Propaganda P2, played a key role in 40 years of scandals against the Italian republic.

Licio Gelli was revealed in 1981 as being the “Worshipful Master,” the highest honor to which a Freemasonry lodge may appoint any of its members. In Gelli’s case, he was the powerful leader of Propaganda P2, at the center of an intended coup; implicated in masterminding and implementing the Freemasonry infiltration and corruption of the Catholic Church Vatican Bank, using Roberto Calvi to do it.

Of major concern in Ambrosiano scandal is that there surfaced a plan for overthrowing the Italian Republic and replacing it with a Fascist regime. A document rewriting the Italian constitution was discovered in the raid.

The 962 P2 member names the police discovered were more than just theoretically capable of pulling off the coup, having proved willing in the past but just fell short of having the opportunity, thanks to the evidence search of Gelli’s homes and offices.

In 1970, during the failed Borghese coup, Worshipful Master Gelli was delegated the role of arresting the Italian President, Giuseppe Saragat.

Noteworthy, the P2 Masons are not only viewed responsible for the 1982 collapse of the Banco Ambrosiano but for facilitating mass murder. Having formed a subversive association in connection with the 1980 Bologna railway station bombing, which killed 85 people, for which the Freemason Worshipful Master Gelli was tried and convicted.

Families of the victims allege Freemasonry shielded Gelli; sentenced to two months in prison in a country club style jail, in Switzerland.  Thereupon, when extradited back to Italy in February 1988, by July 1988, the Masonic Worshipful Master, Gelli, is seemingly arbitrarily, “absolved’, of charges.

In April 1994, Gelli received a 17-year sentence for divulging state secrets. Likewise, the court inexplicably dismissed charges that P2 members conspired with him against the state; and whereas, Gelli’s sentence, two years later, amounts to Gelli placed under house arrest.

In 1996, his Freemasonry associates labor at rehabilitating Gelli’s as well as their own Masonic image by them managing to orchestrate Gelli being nominated as a candidate for the Nobel Prize in Literature.

In 2008, Gelli famously declared the charismatic politician, 50th Prime Minister of Italy, and billionaire media tycoon, Silvio Berlusconi, owed his business and political success to his being a member of Gelli’s infamous P2 lodge. Insisting, that strategic blood oath alliance with P2 is why this PM held power for an exceptionally long period in Italian history.

While one may rush to conclude from the aforementioned facts that Freemasonry resembles the Mafia that is gross mistake — the Mafia is but only a reflection of the deepest level of Freemasonry.

It was a 33 Degree Freemason, named Mazzini, who founded the secret society popularized as “The Mafia,” which it so happens is an acronym incorporating the Mazzini name — to be elaborated upon in Part 2 in this investigative series.

Click here to post a comment
G: Let Nxivm be ground into dust
I’M MAD AS HELL…THE PROBLEM WITH CONGRESS IS THERE ARE TOO MANY LAWYERS WHO DIDN’T “PRACTICE” LAW LONG ENOUGH TO BE CONGRESSMEN…!