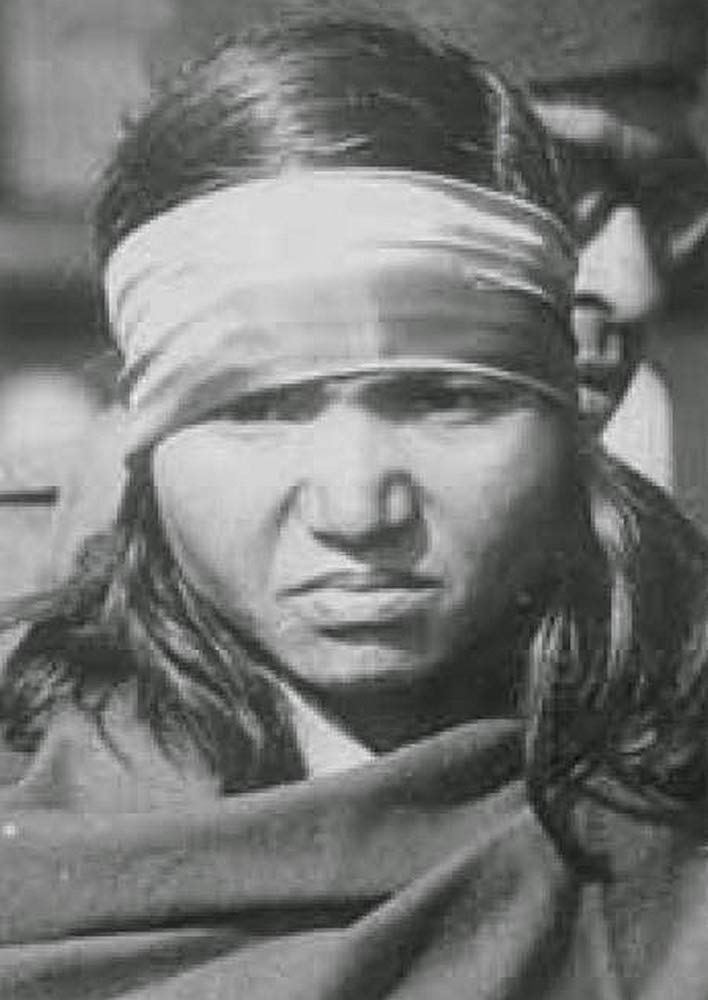 As for Phoolan, she has been glorified as a brave woman who did noble things to thwart all the evil men  – men who raped her – but that story is plain fiction. She was not a victim.  She was a murderess and political pawn.

Here are the well-known facts of her life:

Phoolan joined a gang of bandits [dacoits] who robbed and plundered poor people and travelers when she was a teenager. She was the only female in the gang, and, soon enough, it provoked a gunfight between gang members.  Phoolan’s “lover” was killed in the fight.

This split the gang into two factions. The victorious group, who were Rajputs, took Phoolan with them and, according to her, they confined her in a room, and took turns raping her over several weeks, she claimed.

After leaving, or escaping, Phoolan rejoined her dead lover’s faction who were once again engaged in robbery and thuggery and, of course, she took another lover [or two] from among the men, and continued her life of stealing and terrorizing poor people.

There was still trouble brewing between the rival gangs and Phoolan’s gang descended suddenly on the village of Behmai where the men she claimed raped her were living.  Her gang lined up 22 Rajput men in that village and shot them dead.

She claimed her victims were the men who previously raped her. But there was no trial, and it is far from certain that all [or even any] of the men who were killed actually raped her.  There was only her word, the word of a thief, a woman who made her living by robbery, intimidation, kidnapping, extorting and terrorizing old men, women and children.

Her act of more than eye-for-an-eye revenge – the Behmai massacre – however, was portrayed by the anti-Rajput press as an act of righteous rebellion.  It caused more trouble to members of her own gang, as the fight went on – and the police were on their trail.

But Phoolan – she was a survivor. She began to paint herself as a victim. She evaded capture for two years before she and her few surviving gang-members surrendered to police in 1983.

She managed to be at the center, the impetus, if not the sole cause of the death of almost the entire original group of men she joined as a teenager.

After she surrendered, she was charged with 48 crimes, including 22 counts of murder, plunder, arson and kidnapping for ransom.  Phoolan spent 11 years in jail.

She became the subject of a major Bollywood film, Bandit Queen, which fictionalized her murdering into a false narrative that she was a heroic victim.   Her brutal deed, killing [with her gang] nearly two dozen men without a trial – became a Rape n’ Retribution themed film.

The movie made her a legend.

“It is of consummate importance to the Emotional Graph of the film, that you never, ever, stop pitying her. That she never threatens the Power Balance, “said film reviewer Arundahati Roy. “I would have thought that this was anathema to the whole point of the Phoolan Devi story. That it went way beyond the You-Rape-Me: I’ll-Kill- You equation. That the whole point of it was that she got a little out of control. That the Brutalized became the Brute. The film wants no part of this.”

The filmmakers never bothered to meet Phoolan or interview her but insisted the story was true and their fiction became accepted by ignorant people.  It was considered politically incorrect in some quarters to even doubt the film version – versus the actual historical record or just plain common sense.

In 1994, the state government, headed by the corrupt Mulayam Singh Yadav of the Samajwadi Party, for various political and religious bias and hatred – largely prejudice against caste and religion of the families of the victims of Phoolan – withdrew all charges against her and Phoolan was released.

The murderess was, for political purposes, used as a pawn to condone racial, political, caste and religious bias and was glamorized as a heroine in her local community. She stood for local election to parliament as a candidate of the Samajwadi Party [the same party that freed her] and was twice elected to the Lok Sabha as the member for Mirzapur.

In 2001, karma finally caught up with her and she was shot dead at the gates of her official bungalow allotted to her as MP in New Delhi, by her former rival bandits whose kinsmen had been brutally slaughtered at Behmai by her and her gang.

Just as they made a highly fictionalized movie about her, glamorizing her as a heroine, evidently a group of rascals are now trying to raise money to make a documentary, downplaying her vicious and ruthless character and making the murderess into a saintly heroine bent only on avenging evil – which is utter fiction.  Phoolan was a self-serving and brutal killer and thief with native cunning allowing her to spin her proactive evil into victimization and justifiable homicide.

Subsequent to her release from prison, her biggest supporters were partisan Indian men, political opportunists, bent on using her self-serving crimes as a way to advance their political agenda against an oppressed segment of society in India.

Why is Kreuk supporting this monster?

In recent months, Kreuk tweeted support for Lorena Bobbitt, a woman who brutally cut off her husband’s penis, a psychopathic act since by all accounts he was asleep at the time and she could have escaped and called police if he had abused her earlier that night and in the past.

Bobbitt has been glorified recently – on the theory that two wrongs make a right, provided the female does the final righting – by violence.

Now Kreuk seems to supports a murderess in India, a thief who riled up her fellows to kill 22 men without a trial, men who did not kill her but  – based on her word – raped her.

Now all of this is fine, perhaps, a more than an eye-for-an-eye, tooth-for-a-tooth justice; that it’s OK to take the law in your own hands, but I do know of a man – someone Kreuk knew well.  He escaped justice for a long time.  His name is Keith Alan Raniere. He did some pretty vile things to women and girls.

Perhaps Phoolan Devi would have got her gang to kill Raniere.

Lorena Bobbitt would have cut his penis off.

Kristin Kreuk, who seems to admire lawless, violent heroines, says not a word about the perv who ruined the lives of so many, some of whom came into his clutches because of her.

Perhaps Kreuk only knows the fictionalized version of Phoolan Devi and is too lazy or stupid to study the real facts of her life  – easily available online or in books.

The same is true, her defenders claim, of her knowledge of Keith Raniere. She knew nothing of the abuse, the torment he caused others when it should have been plain as day, right before her.

But is there a darker side to Kreuk? Did she know about Raniere, really know, but chose to ignore, hide it, maybe participate in it?