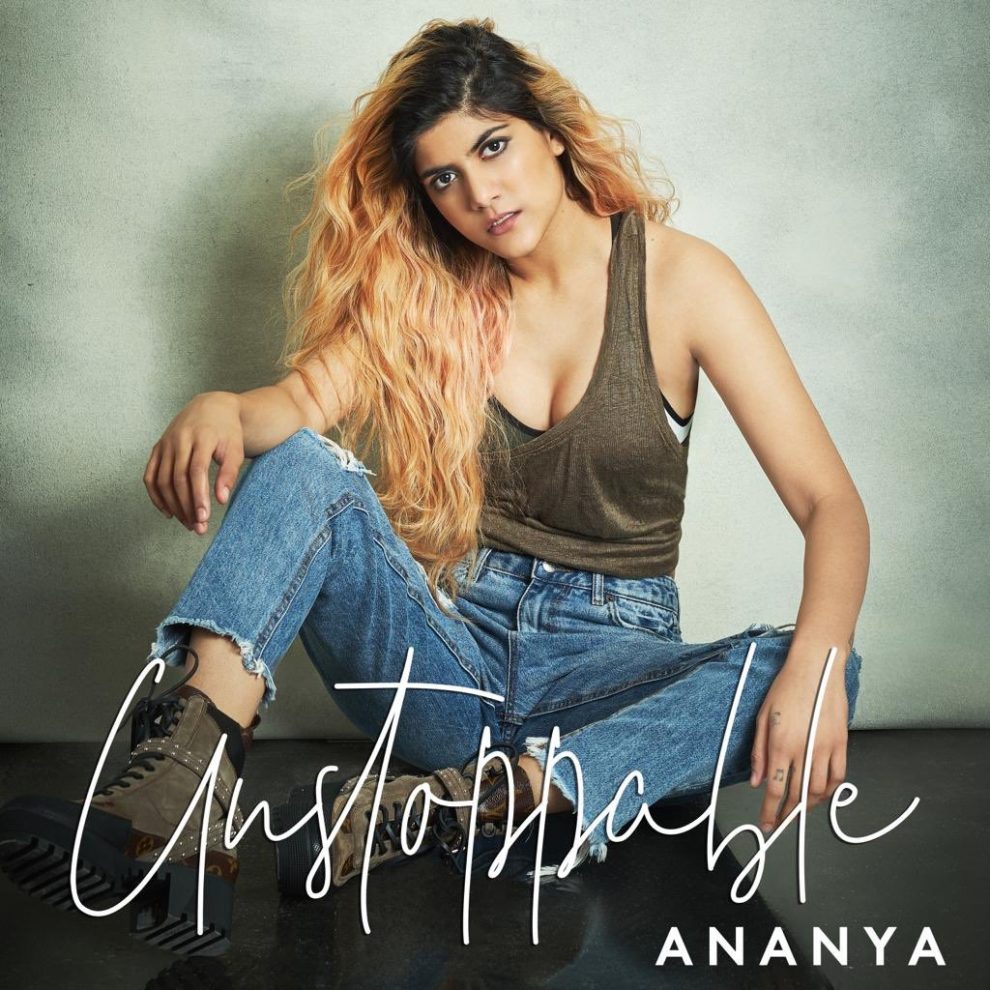 12 March 2019: Ahead of her highly anticipated EP in April, singer-songwriter Ananya Birla, the first homegrown artist singing in English to ever gain Platinum status in India,  has released a brand new single– ‘Unstoppable’.

The conversation around female empowerment has never been louder or more widespread. To celebrate this, Ananya’s uplifting track is dedicated to fearless women who are breaking down barriers and defying stereotypes to achieve incredible things.

‘Unstoppable’, which has been released via Universal Music, follows on from five back-to-back platinum-selling singles ‘Meant To Be’, ‘Hold On’, ‘Circles’, ‘Livin The Life’ and ‘Better’ that have amassed over 125m streams globally. The January release of ‘Better’ was accompanied by India’s first vertical music video.

Ananya, who was recently listed as one of GQ’s Most Influential Young Indians, said of the powerful electro-pop number:  “Rules were made to be broken, especially if you’ve been told throughout history that you’re “less than.” I wanted  released ‘Unstoppable’ on International Woman’s Day to celebrate women who know that gender is no barrier. With determination and strength, we can achieve anything.”

Ananya has been working with award-winning artists and producers between Los Angeles, London and Mumbai on her upcoming international EP which will be released via UMG and Island Records UK.

Ananya is a singer-songwriter based between Mumbai, London and Los Angeles, and the first homegrown artist to go Platinum with an English language track in India – something she has now done four times, breaking the dominance of Bollywood music on the Indian music scene.

Since signing with Universal Music India in 2016, the self-taught santoor and guitar player, has reached over 125m combined streams and collaborated with artists such as Afrojack, Jim Beanz and Mood Melodies. She has also performed at major Indian concerts including Global Citizen, Oktoberfest and Sunburn, Asia’s biggest electronic music festival, and has plans to perform in The UK and US over the coming year.

Ananya, who has been listed as one of GQ’s Most Influential Young Indians and one of Forbes’ Women to Watch, is working on an upcoming EP which is due for release in April via UMG and Island Records UK.

Outside her music, Ananya is a strong believer in equality. She uses music to bring people from all backgrounds together and organizes music festivals in Mumbai to benefit the mental health organisation she founded, Mpower. Mpower was launched after she battled her own issues whilst at Oxford University and works towards dispelling the stigma associated with mental health illnesses and providing care in India where there’s been little to date. Her last two concerts have brought together over 30 thousand people. She recently spoke about Mpower at One Young World.