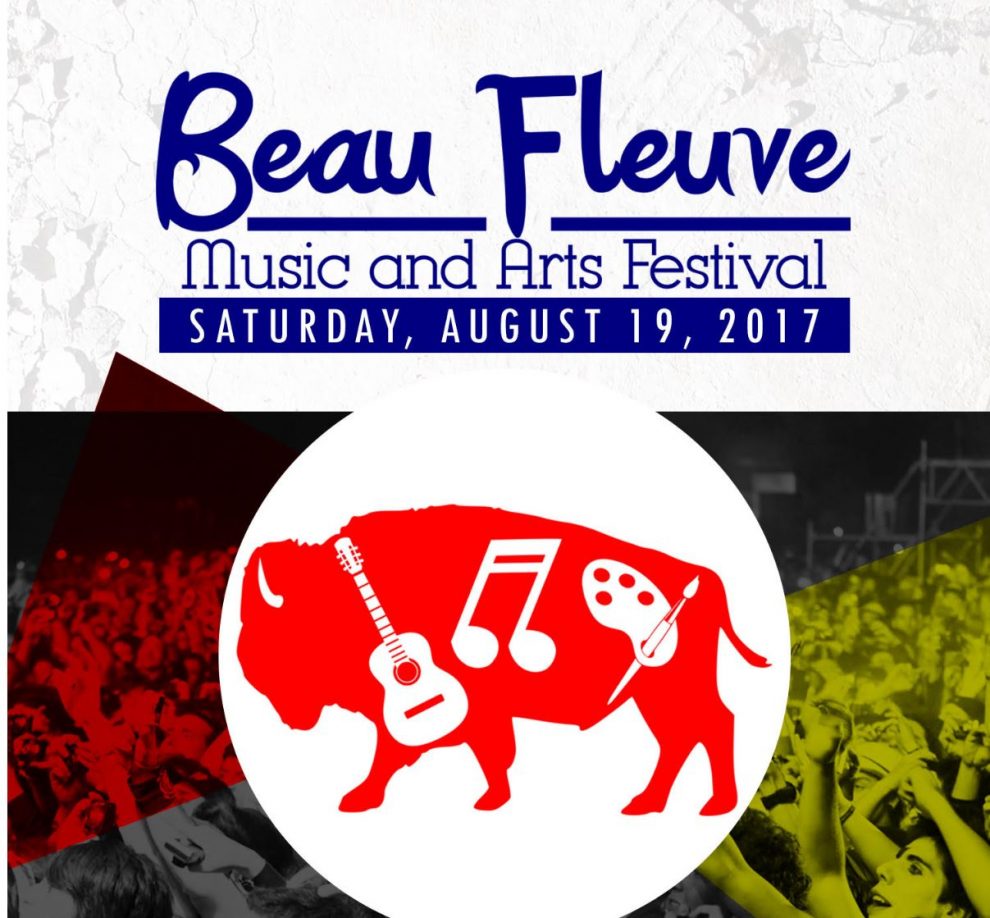 The Inaugural Beau Fleuve Music & Arts Festival will kick off its very first festival this summer Saturday August 19th at Buffalo Riverworks. Beau Fleuve Music and Arts Festival was created to celebrate the rich history of Buffalo’s arts scene and illuminate the resurgence of all forms of music , art , media and culture that resonates in and from Buffalo & WNY.

The festival is created and produced by local promotion company Crown Entertainment and business-community leader Lindsey Taylor. Taylor who has created and branded several businesses and programs over the past decade from Crown Entertainment (event production company) , Ballin For a Cause (Internationally recognized basketball tournament) , G.O.AL.S. Premier Cup (Soccer-Futsal Tournament), Real Estate and community programs such as the BFAC Big 4 Initiative, Gentlemen’s Institute and Sports Academy. Taylor and his organizations have been recognized and honored by many business, local and state level organizations.

BEAU FLEUVE (Buffalo’s Origin Name) It is believed that when the French explored the Buffalo rivers and streams, the area was termed “Beau Fleuve” meaning “beautiful river” describing its magnificent rivers, creeks and waterways. One of our goals is to highlight and embrace Buffalo’s natural beauty and rich history to its residents and visitors.  Beau Fleuve (Buffalo) held at Buffalo Riverworks , it all aligns in the stars.

Beau Fleuve Music & Arts Festival will feature over 50 performance acts on a multi stage setup, curator exhibits, silent disco, speaker panels and film festival. Festival goers will have a true multi-cultural experience as all forms of music will be on hand from Top 40 , Country , EDM , Hip Hop , R & B, Neo Soul , Jazz , Underground , Dubstep, Techno, Rock , Indie and more all under one roof. Included with performances there will be art exhibits, speaker panels, silent disco , film festival, backyard games and more.