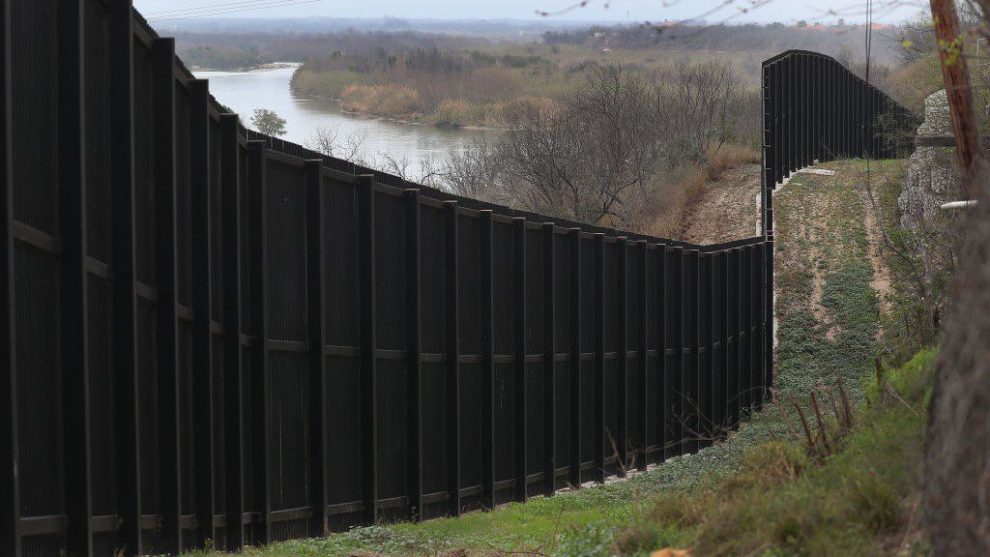 Political commentator Steve Cortes suggested recently that President Trump should declare a second national emergency on our southern border. The first such emergency was designed to divert funds towards wall construction, but Cortes argues that that will not deter the current wave of migrants, mostly from Central America. This is because they know that our immigration system is broken. They know that, if they make it to the U.S. border, and they bring their children with them and/or make an asylum claim, ICE will have no choice, given recent judicial rulings, but to release them into the U.S. population. Moreover, because of the current backlog in asylum cases, they will wait (comfortably) in the U.S. for 3-5 years before a judge can hear their case. They may or may not show up for that hearing. Trump may or may not be President in 3-5 years. Instead, an open-borders socialist may occupy the Oval Office. Thus, whether we eventually build a wall is irrelevant to the calculations of the current crop of migrants, because they know that, right now and for the foreseeable future, illegal immigration is simply not punished in the United States. On the contrary, it is rewarded.

Steve Cortes suggests that, by declaring a second national emergency, Trump might be empowered to deport summarily anyone who crosses the border illegally. This would certainly be a game-changer. If migrants knew that their dream of worming their way into America was hopeless, they would cease to make the perilous journey. The existing border crisis would be at an end.

The problem with Cortes’ suggestion is that the Trump administration has already tried to implement policies that automatically deny Central Americans and/or border-hoppers eligibility to apply for asylum. In effect, the Supreme Court has already ruled, though — thanks to Chief Justice Roberts, who sided with the Court’s four liberals — that illegal crossers are entitled to an asylum hearing. A more recent case may even give rejected asylum seekers the right to appeal! Given the massive backlog, this guarantees asylum seekers, even the most dishonest and dangerous among them, the right to impose themselves on the American people for years to come.

Cortes is gambling that another national emergency declaration would change the legal equation. It’s certainly worth trying, but given the sheer irrationality of the current system and the out-of-touch judges who preside over it, we must consider practicable alternatives.

If the current U.S. immigration system is incapable of deterring illegal immigration and bogus asylum claims, then the possibility exists that the only solution to the problem might lie on Mexico’s side of the border. The vast majority of migrants transit through Mexico. They arrive at the U.S. border in such large numbers because Mexican authorities are either indifferent to their progress, or they actively assist the migrants in order to expedite their departure from Mexico.

To motivate Mexico to redouble its efforts to stem the flow of migrants, President Trump could place sanctions on Mexico, or he could close the U.S.-Mexico border. This would certainly get the attention of the Mexican government, but it would be blatantly confrontational, and the mainstream media, the Democrats, and plenty of lily-livered Republicans would oppose such a move.

Another option would be to declare an additional national emergency in order to militarize U.S. immigration courts. This would allow military personnel to serve as immigration judges, and these new judges could clear the backlog of asylum cases. Currently, there are only 400 immigration judges to hear more than 800,000 cases — thus the 3-5 year delay.

By going this route, Trump could vastly accelerate the adjudication of asylum claims. In fact, he could guarantee that future asylum requests would be processed on the spot. The migrants would thus never be released into the general population, and the vast majority of them would be quickly deported.

Would “Obama judges” attack such a program, and would the media condemn it? This is virtually guaranteed, but the fact remains that using the U.S. military to uphold the integrity of our borders is a mission consonant with its basic purpose — national defense. Currently, U.S. military personnel at the border are banned from carrying out law enforcement functions, making them, in effect, mere auxiliaries to the Border Patrol. By deputizing U.S. soldiers, sailors, airmen, and marines to serve as immigration judges, President Trump could vastly increase the effectiveness of the military in facing — even solving — our current border crisis.

Given the determination of the Democrats and leftist judges to block any commonsensical immigration policy, the Trump administration needs to think big and act boldly. Militarizing our immigration courts could be the solution.

After all, to oppose such a policy, Democrats and liberals would have to be willing to vilify our servicemen and women in the same way they have already vilified Border Patrol and ICE agents. Are they that shameless and unpatriotic? Let’s find out.