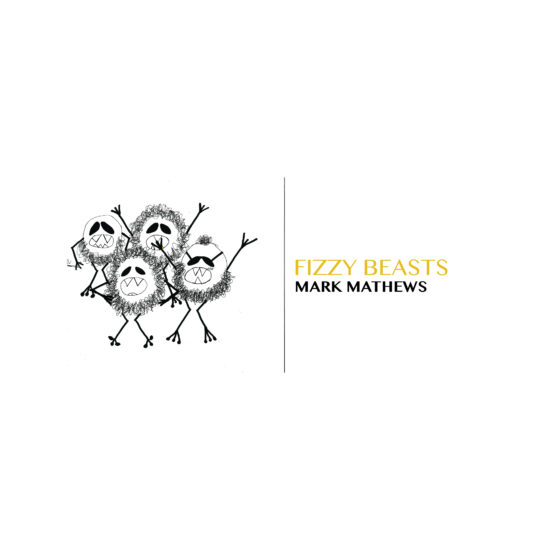 Fizzy Beasts
5 April 2019
Mark Mathews, has been described as, arguably the hardest working solo artist in the UK right now, and it is no wonder why. His continued commitment to tour across the UK and the globe, playing his infectious folky Indie-Pop tunes, has seen him perform with Andy Fairweather-Low, Dodgy, Frank Turner, The Draytones and Dan Le Sac – not to mention a performance for the Labour leader Jeremy Corbyn.

He has been voted one of the best artists in London by readers of the Metro newspaper, awarded first place in the Indie International Songwriting competition, nominated for 2 Indy Music Awards for best live act and been played on BBC Introducing. His guitar and vocal skills have been enlisted on various session projects and a string of UK brands have hired him to perform at their events and if he’s not doing that you’ll find him busking in the London Underground. Needless to say, the boy lives and breathes his music.

So here is his brilliant new EP ‘Fizzy Beasts’, an EP that might never have happened, had he not been doing a spot of Spring cleaning. In an attempt to de-clutter his flat in Woolwich, London, Mark decided to sell one of his many guitars on eBay – The acoustic guitar he bought and used in California, for his West Coast American dates in 2017. However, before he parted ways with it on eBay, Mark decided to play it one final time. Within minutes he had the chords and melody for ‘Not Falling’, the opening track on ‘Fizzy Beasts’. Half believing in the guitarist folklore, that every guitar holds songs within it, that are teased out by it’s player, Mark decided to hold on to the guitar for a little longer.

The result was the crafting of six songs that would become the EP. In the studio, Mark worked once again with Producer, Andrea Lepori (U2, Jack Savoretti, George the Poet) with the original intention of making a simple EP of just acoustic guitar and one vocal. However, this idea dissipated as both Mark and Andrea began evolving the songs by mixing acoustic, folk sounds and sentiments, with more electronic flourishes and colours.

Friends were brought in to play on the EP (Chris Spore’s slide guitar on ‘Down Under Girl’ and Daniele Montanari on drums), as well as drafting in seasoned folk artist, Hannah Davis, (Washboard and backing vocals on ‘The Flowers Still Grow’) and the huge talent that is, Pauline Taylor (“Love Love Love, Here I Come” by Rollo Goes Mystic, and “Let This Be A Prayer” by Rollo Goes Spiritual) who provided the sublime backing vocals on ‘The Girl With The Raven Hair’.

‘Fizzy Beasts’ is released on the 5th April, but Mark has yet to put the guitar up for sale.