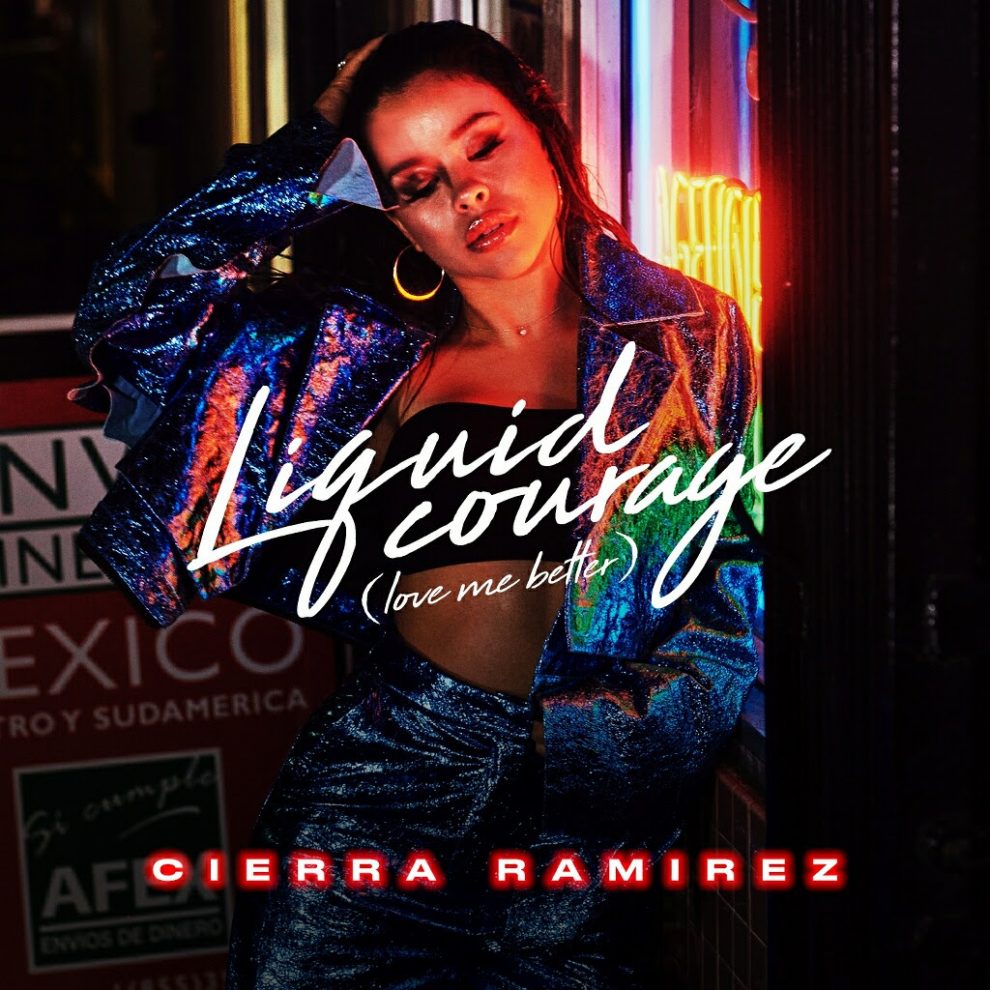 Tribeca Music/EMPIRE recording artist and star of the Freeform hit TV show Good Trouble, Cierra Ramirez gets a strong start to 2019 with the release of her new single and video “Liquid Courage (Love Me Better)” out today.

Billboard exclusively premiered the video yesterday and said “Good Trouble star Cierra Ramirez unveiled the steamy video for her new single, …the actress rocks a variety of sultry looks — including an ivory pantsuit with nothing underneath — and spars with a hunky fencing partner while delivering the single’s come-hither lyrics.”

“Liquid Courage” is about facing a challenging inner-conflict and the ability to be entirely open with one’s feelings in a relationship – and the desire to “Love Me Better”. Ultimately, the song leads the listener to take a brave stand in a candid outpouring of emotion: “I’ve been drinking on liquid courage // Solo quiero que tú, tú me ames (I just want you to love me) // love me better.” A proud LatinX woman, Cierra combines English and Spanish in her lyrics to add a level of depth and intricacy to the track which mirrors the multi-dimensional production laid down by Tha Aristocrats.

The video takes the theme of the song and expands it through the colorful imagery, slow shots and costume changes that elevate Cierra from young teen to fully realized adult, singing about life, and love – with the clever metaphor of fencing to depict the sometimes frustrating challenges of relationships.

Cierra expressed her excitement about her music in an interview with ET, stating that it will be more personal than her previous work and will focus on “love, life … kind of everything in between”. As “Liquid Courage” suggests, fans get a more pop/urban sound with a Latin flair from this track and video.

“Liquid Courage” is Cierra’s first release of 2019, following last fall’s release of her playful single and video, “Bad Boys”. Sweety High premiered that video and said, “…not only is the video visually stunning and fun to watch, it’s also oh-so-relatable.”  Since its release, “Bad Boys” has reached nearly 5 million views on Vevo and 2 million streams on DSPs based in large part on Cierra’s large social media following (2.7 million on IG).